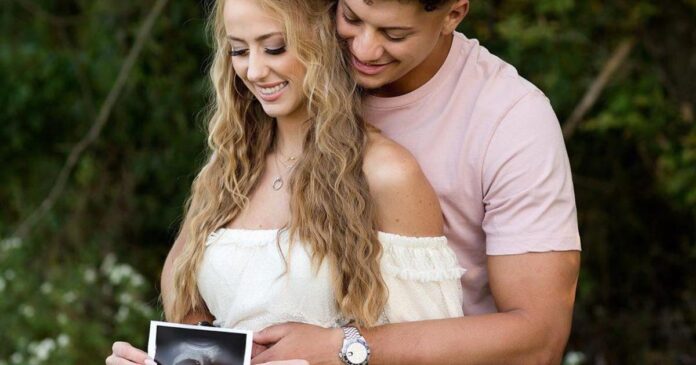 Kansas City Chiefs quarterback Patrick Mahomes and his fiancée Brittany Matthews are expecting their first child together, the couple announced on Instagram on Tuesday. Each posted a photo of a sonogram, with Matthews writing, “Mom & Dad, taking a small detour to the wedding.”

Mahomes and Matthews, a fitness trainer, announced their engagement earlier this month. Mahomes proposed after the Chiefs’ Super Bowl ring ceremony, according to CBS Sports.

Amid countless roses and candles at Kansas City’s Arrowhead Stadium, Mahomes popped the question to his long-time girlfriend.

First, Mahomes went onto the field to receive his ring for winning Super Bowl LIV. The 24-year-old was named MVP after throwing for 286 yards and two touchdowns during the game, according to CBS Sports. He then proposed at the club-level suites.

Mahomes and Matthews met at Whitehouse High School in Texas nearly 10 years ago, according to CBS Sports.

After announcing her pregnancy on Tuesday, Matthews shared a photo of their dog on her Instagram story, writing that the pup was “pretty pumped about being a big sis.”