Home Sport ‘Titans at gross disadvantage if unable to practice’ 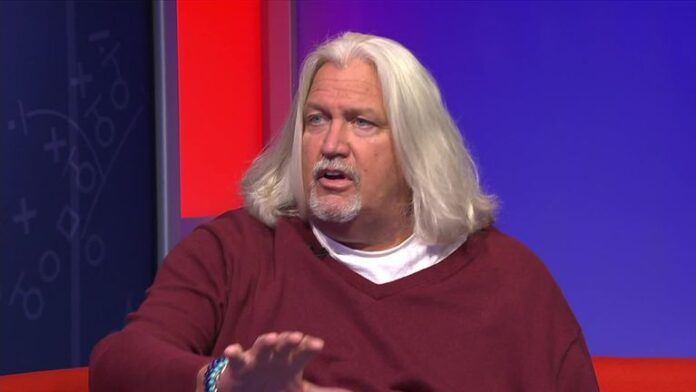 Rob Ryan: “If they can’t [practice at their facility] I don’t see how they can play the game. It would be a gross disadvantage for Tennessee.”

Former NFL coach Rob Ryan says the Tennessee Titans would be at a “gross disadvantage” if they were unable to practice ahead of their scheduled game on Sunday against the Pittsburgh Steelers.

Despite the news, the NFL still plans for the team to play its Week Four fixture against the Steelers on Sunday, with Titans coaches telling players they likely have to go without any in-person work until Saturday, Garafolo reported.

“You can play the game, but you’re not going to win it,” Coach Ryan said on Sky Sports’ NFL Overtime (Tuesdays, 9pm). “It’s impossible to put in anything new for the game plan, you would have to go into the game with your bare-bones basics. That’s it.

“All of the game-planning, which usually creates scoring opportunities for your offence and helps you be successful on defence – especially in situational football, third-downs, redzone, two-minute drills – without that, I don’t see how Tennessee would have a chance against a good Pittsburgh Steelers team.

“What I’m hoping for is, if they have the three players not play in the game, they still have the practice squad guys who can come in – people get injured all of the time, it’s the next man up.

“Monday and Tuesday is ok, you can cope without being in your facility, but you have got to get in there by Wednesday.

“Monday is nothing but a review of the game before, and you make your corrections and Tuesday is a day off – it’s a big game-plan day for coaches.

“Hopefully those two negative tests come back and they can get in the building and practice like a normal week.

“They can get away with a fairly normal week if they can get into their facility of Wednesday. If they can’t I don’t see how they can play the game. It would be a gross disadvantage for Tennessee.”

Commissioner Goodell’s memo to the league

NFL Commissioner Roger Goodell issued a memo to team executives in which he outlined the following steps the league has taken according to COVID-19 protocols agreed to by the NFLPA:

Goodell urged clubs to revisit “steps they have taken to minimize the number of close contacts, particularly while traveling and within position groups.” Teams also should review their procedures for free-agent visits, per the memo.

Goodell also reminded teams that due to the nature of the ongoing COVID-19 pandemic it was to be expected that players and staff would test positive during the season.