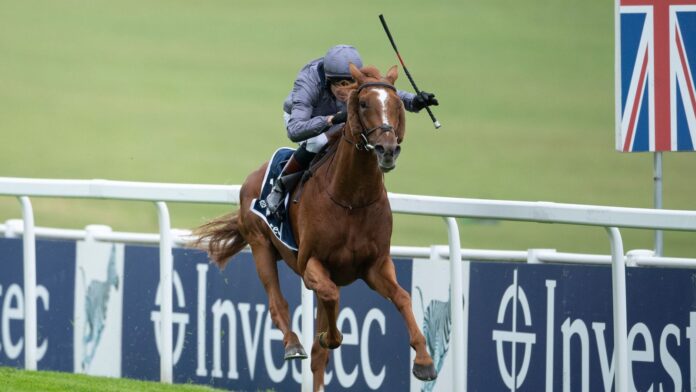 Serpentine is the only supplementary entry for Sunday’s Qatar Prix de l’Arc de Triomphe as 16 remain in Europe’s premier middle-distance race at ParisLongchamp.

Aidan O’Brien added the Investec Derby victor to his team at a cost of 72,000 euros after being pleased with his first run since his runaway triumph at Epsom.

Serpentine blew away the cobwebs on his first public outing for 71 days when fourth to stablemate Mogul in the Grand Prix de Paris over the Arc course and distance two and a half weeks ago.

Andre Fabre is the leading Arc trainer with eight victories and he looks to a ninth with Persian King, who will be stepping up to a mile and a half for the first time.

He won the Prix du Moulin from Pinatubo over a mile on his latest start and it has been announced Persian King will stand at the Haras D’Etreham Stud next year.

A further 0.9 millimetres of rain fell at the track in the last 24 hours, making a total of 14.4mm so far this week, with the going reported to be very soft and an unsettled forecast ahead of the weekend.

Gemili, Nielsen lose funding after staying with US coach

‘Not my choice to be here’: Hamilton condemns Saudi Arabia’s ‘terrifying’...