Home Sport ‘Ohara broke once… he will break again’ 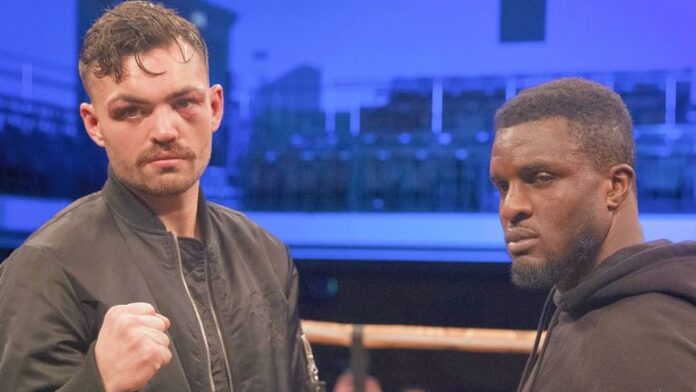 Tyrone McKenna has seen Ohara Davies “quit before” so will use it to defeat him in The Golden Contract final, says Joe Laws.

McKenna and Davies will collide in the super-lightweight tournament final on Wednesday at 8pm live on Sky Sports Arena.

“Ohara, like in his fight with Josh Taylor, he can be broke,” Laws told Sky Sports.

McKenna hasn’t broken yet. In his head, he’s seen Ohara quit before.

“We haven’t seen McKenna break. If you break once, you will break again.

“We’ve all got a breaking point. But McKenna hasn’t broken yet.

“In his head, he’s seen Ohara quit before.”

Davies and McKenna have each won 21 of their 23 fights. They have each been outpointed by Jack Catterall, but Davies suffered a damaging first defeat to current unified world champion Taylor.

Laws is an undefeated welterweight who will return on October 17, live on Sky Sports alongside Lewis Ritson vs Miguel Vazquez. He views the winner of The Golden Contract as a potential future opponent.

“Ohara has fought Taylor, won titles. McKenna is massive, massive at 140lbs. It will be a cracking fight.

“My prediction? Tyrone will grind him down and either stop him later on, or win on points.

“Tyrone will weather an early storm from Ohara who can bang. But Tyrone is as game as they come and will stick to his game-plan and win.

“Davies is an explosive fighter with a big right hand. Tyrone is a southpaw so he will be circling away from the right hand all the time. He might get caught early on but he will weather that storm.”