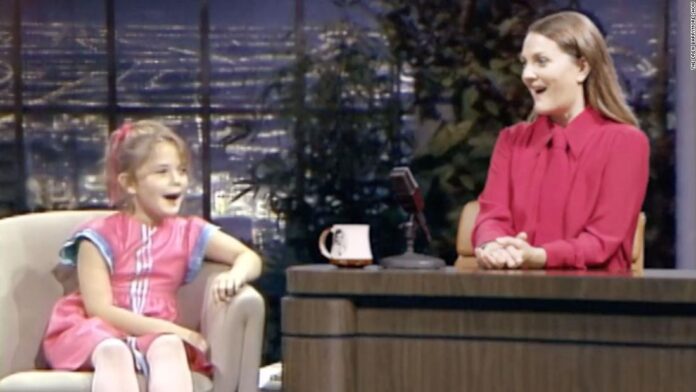 In an interview with Domino Kids the actress turned talk show host said a famous prop from “E.T.” is in her family’s possession.
And it’s actually a wonder Barrymore has it because, she told the publication, “I am absolutely terrible at keeping things. I lose everything.”
“But I do have the red cowboy hat I wore in E.T. It is in the girls’ room somewhere and reminds me that I was 6 years old wearing that hat,” she said. “I’m so glad I still have it.”
Barrymore added, “When we’re kids, we don’t think something will be important to us one day; we clean out our room and throw stuff away. It’s nice if parents put something of theirs in their kids’ rooms, so it’s a transference of memories and energy.”
She has two daughters, Olive, 8, and Frankie, 6, with former husband, Will Kopelman.
Barrymore recently launched “The Drew Barrymore Show” and through the magic of technology interviewed her 7-year-old self in the show’s first promo.