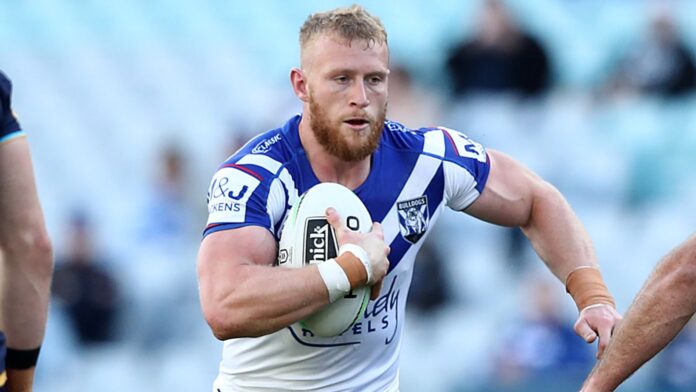 It seems bizarre that the NRL are already into the play-offs while Super League still has a long way to go. But as we are all too aware, 2020 has been a very strange year.

Week one of the NRL finals gets underway when the minor premiers Penrith play the reigning premiers the Roosters.

Panthers full-back Dylan Edwards, centre Stephen Crichton and forward Viliame Kikau return to the side after being rested last week.

A blow for Trent Robinson’s side, who will be missing Jake Friend after the hooker suffered a head knock in last week’s embarrassing 52-point defeat to the Rabbitohs.

On Saturday, the Raiders play Cronulla in a must win match. After opting to rest a host of players last week, Ricky Stuart welcomes back his top squad, however, Ryan Sutton is likely to miss the entire play-off series with a knee injury.

Putting in the work for Saturday’s showdown with the Raiders 👊🏼#UpUp pic.twitter.com/3BzrQf33zR

The Sharks are boosted by the return of Chad Townsend from suspension, with Sione Katoa, Josh Dugan, Blayke Brailey, Toby Rudolf and Siosifa Talakai all back in the team.

The Storm then take on Parramatta and after resting virtually his entire first team for the final round of the regular season, Craig Bellamy has a full strength side.

While the Eels are hoping to have Dylan Brown back after the five-eighth has been named to return early from ankle surgery.

The final game of the weekend will see South Sydney take on Newcastle in Sunday’s elimination final.

There is some great news regarding fans. The Grand Final, which is on October 25, will be moved from the Sydney Cricket Ground to ANZ Stadium, with the governing body and the NSW government agreeing to allow a crowd capacity of 40,000 for the showpiece event.

A forgettable season ended with a loss to the Cowboys, their 11th straight defeat, which saw Brisbane finish 2020 at the bottom of the ladder for the first time in the club’s 32-year history. It also saw furious fans leave dozens of wooden spoons on the Broncos training ground.

Almost two years ago, Walters, a former captain and five-time premiership winner with Brisbane, missed out on the position when Anthony Seibold was handed the top job.

“I love the Brisbane Broncos – this club is part of who I am and it feels like I am coming home,” an emotional Walters said.

“I’ve put in a lot of work over the past 15 years to learn and gain the experience that’s required to succeed in this role, so I feel that I’m ready.”

The appointment has seen Walters step down as coach of Queensland with immediate effect.

Seventeen years after he last took charge of Queensland, the former England boss is set to be named the Maroons coach ahead of this year’s State of Origin series, which begins in November.

Just days after being one of five players named in a preliminary list for NSW, Tom Trbojevic is expected to withdraw, as he continues to deal with a shoulder injury.

The star fullback only played in seven games this year after a hamstring injury kept him sidelined, before things were made worse when the Manly player sustained a right shoulder issue in the second last round of the regular season.

The shoulder injury was initially expected to keep him out of the game for four weeks at the most, which would have made him available for Origin.

However, reports suggest he is facing further issues with the rehabilitation process.

Luke Thompson will miss the opening month of the 2021 season, after he was found guilty of dangerous contact to the head of James Tamou.

Despite the Bulldogs forward denying that he had deliberately gouged the eye of the Penrith captain, the former Saints star was hit with a four game ban.

“I’ve not realised that I’m touching his face at all,” said Thompson. “I was just trying to win the tackle – take him to the ground. So I’m a bit confused, disappointed.”