Home Sport Nadal flies into third round of French Open 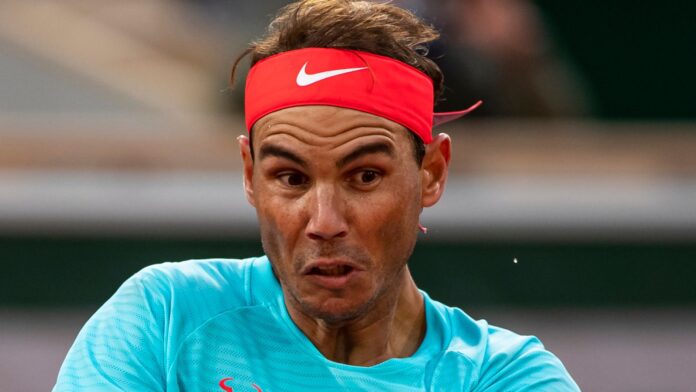 Rafael Nadal flew into the third round of the French Open with a straight-sets victory over Mackenzie McDonald on Wednesday.

Nadal took just 31 minutes to secure the first set and added the second 35 minutes later. He wrapped up the 6-1 6-0 6-3 result with his 31st winner; a sumptuous cross-court backhand.

The world No 2 did not face a break point on his serve and the result improves his record at the French Open to 95 victories and just two defeats.

The Spanish second seed, who is looking to equal Roger Federer’s men’s record of 20 singles Grand Slam titles, was never bothered by his opponent.

He played deep throughout and used his forehand to devastating effect. After, the world No 2 was content with his work.

“My objective is to play as well as I can. It was a good match for me today. I’m very happy,” Nadal said after his victory.

He also reflected on the qualities required to be a Grand Slam champion and said that starts with loving what you do.

“There’s not one tip as to how to be a champion, there are a couple of things that you have to do well,” he said.

“First of all, you must have the passion for what you are doing. If you don’t feel the sport and have passion for tennis, then it’s almost impossible.

“You have to be around the right people and find the people who are going to help you in a positive way every day.”

Kei Nishikori or Stefano Travaglia have the challenge of meeting Nadal in the third round.

Serena Williams has withdrawn from the French Open ahead of her second-round match against Tsvetana Pironkova due to an Achilles injury.

Earlier in the day, Stan Wawrinka, the victor over Andy Murray in the first round, secured his 150th major match victory on Court Suzanne-Lenglen.

The 2015 French Open Champion pushed past Rome quarter-finalist Dominik Koepfer 6-3 6-2 3-6 6-1 to secure his place in the third round.

Wawrinka didn’t make life easy for himself, hitting 52 unforced errors, however prayed on his opponent’s inability to hit winners past him.

The Swiss player will now face either Yoshihito Nishioka or the French wild card Hugo Gaston next.

Korda is the son of the 1992 French Open runner-up Petr Korda and was playing in just this fifth tour-level match.

He will now set his eyes on Mikhail Kukushkin or qualifier Pedro Martinez. Taylor Fritz was another American to progress in the draw after a comprehensive result against Radu Albot.

He won 52 of 61 points on his first serve and put down 16 aces during his 6-3 6-2 6-4 victory and awaits the winner of Alexander Bublik against Lorenzo Sonego.

Selby crashes out to Iranian world No 63 in York