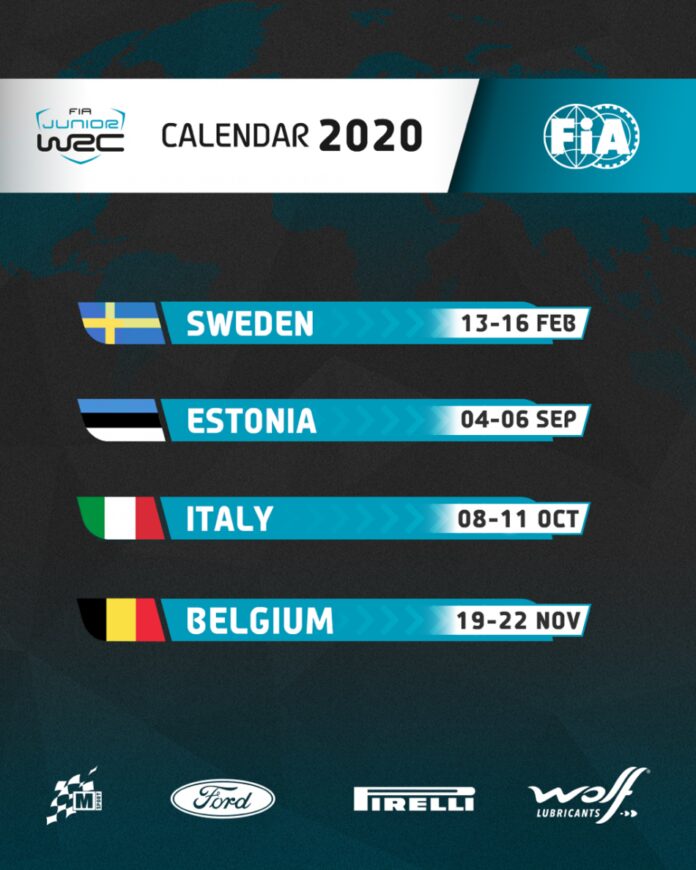 The Belgian classic, which has been running for 55 years, is expected to provide the perfect finale for the hugely competitive FIA Junior WRC Championship, with unpredictable and changeable weather on one of Europe’s most challenging sealed surface rallies. Three gruelling days of fierce competition over 300 competitive kilometres await this year’s crews, all in identical, Pirelli shod M-Sport Poland-built Ford Fiesta Rally4 cars.

The event will be made up of a series of tight asphalt roads lined by ditches that drivers will be keen to avoid, especially those fighting for the highly-coveted FIA Junior WRC Championship and a chance to win their own Ecoboost-powered Fiesta Rally2. The final leg of the rally promises a dramatic finish to the championship battle at the legendary Spa-Francorchamps circuit, home to Formula One’s Belgian Grand Prix, the 24 Hours of Spa endurance race and the Spa World Rallycross of Benelux for the second time in 2020.

Maciej Woda, FIA Junior WRC Team Director, said: “The FIA Junior WRC Championship always promises to take the future stars of WRC to some of the most iconic rallies on the calendar and an opportunity to sample every type of surface on the WRC calendar. Renties Ypres Rally Belgium is a, very special rally that has retained much of its character over the years and watching our crews navigate the tight and technical roads throughout West Flanders will be an exciting prospect. I am, happy for all of our competitors that we are able to deliver four rounds on this year’s calendar, losing only one round from the original schedule.. As the asphalt event will be the final round of the championship, drivers that have competed in two rounds of the championship previously will see their classification points multiplied by 1.5. As always, drivers with who have competed on every round of the championship will be able to drop their worst score.”