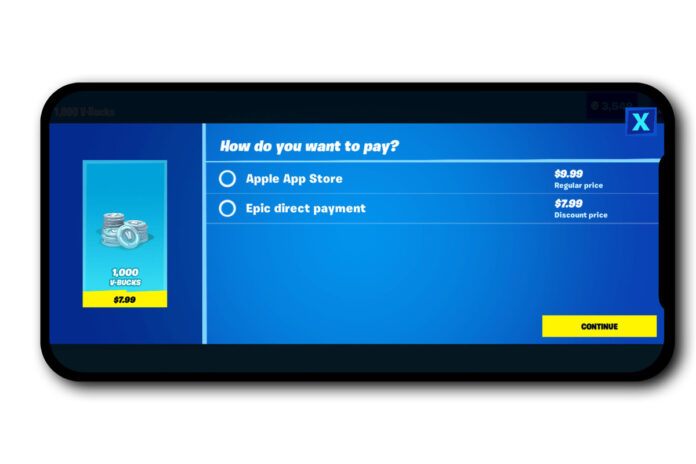 Update 09/30/20:  After the first preliminary injunction hearings, it has been agreed upon by Epic Games and Apple that this lawsuit should be settled by the Court and not a Jury trial.

The latest: No Jury trial

On September 28, the court held a lengthy injunction hearing to determine if it would require Apple to reinstate Fortnite onto the App Store—with Epic’s own payment intact—while the case is decided. While that decision has not been made yet, the Judge supposed during the hearing that a Jury trial may be called for in order to produce a verdict that will better stand up to the inevitable multiple appeals.

Since then, Epic and Apple have decided they don’t want a jury trial:

Epic and Apple have met and conferred, and the parties agree that Epic’s claims and Apple’s counterclaims should be tried by the Court, and not by a jury. Therefore, with Epic’s consent, Apple hereby withdraws its demand for a jury trial pursuant to Federal Rule of Civil Procedure 38(d). The parties respectfully request that the case (including any claims and counterclaims) proceed to a bench trial on a schedule determined by the Court.

So the suit and counterclaims will be settled by a bench trial, whose date has not yet been set. Judge Rogers said on Monday that it’s likely the case would not be tried until at least July 2021. Expect years of appeals, too.

Epic has given instructions to make sure that those who use Sign in with Apple will have access to their accounts should Apple ever revoke access. Head to the company’s General Settings page, log in with your Apple ID, and make sure your email address is updated to a real email address that you control. If you signed up for and Epic Games account using Sign in with Apple and have never set an Epic Games password, make sure you do that as well.

On August 17, Epic Games tweeted that the situation has escalated: “Apple removed Fortnite from the App Store and has informed Epic that on Friday, August 28 Apple will terminate all our developer accounts and cut Epic off from iOS and Mac development tools. We are asking the court to stop this retaliation.”

Ahead of the first court hearing on September 28, Apple has filed counterclaims against Epic Games. Apple alleges “unjust enrichment” and claiming Epic intended to interfere with Apple’s relationship with its customers. To that end, Apple is seeking punitive damages from Epic Games.

The filing sings essentially the same song Apple has sung since this all began: Apple’s App Store is a tremendous gift to customers and developers alike that Apple spends a lot of money on, so how dare Epic avail itself of such wonderful tools and technologies and then cry foul.

Epic is likely to reply with the same line of argument it has used since the lawsuit was filed last month: that the problem isn’t the quality of Apple’s App Store or associated tools, but the mandatory nature of them and their associated business agreements. Developers have no choice but to participate if they hope to reach a billion users of what are now general computing devices.

On September 4, Epic had filed a formal request for a preliminary injunction for Apple to reinstate Fortnite while the two companies battle it out in court (this was a longer, more formal version of the emergency injunction previously requested).

Epic has until September 18 to file a response. The first hearing is scheduled for September 28, 2020.