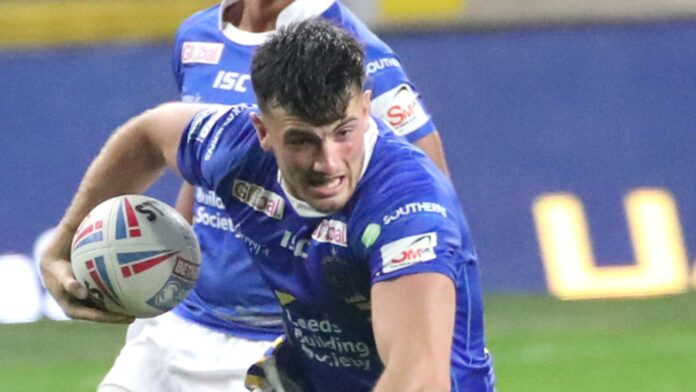 Richard Agar hailed a valiant performance from a Leeds side featuring five debutants after the Rhinos went down to a 34-6 Betfred Super League defeat to Catalans Dragons at Headingley.

Head coach Agar rang the changes with his eye on Saturday’s Challenge Cup semi-final against Wigan and the visitors took full advantage with a first-half hat-trick from Tom Davies steering them to what was ultimately a comfortable win.

But a strong defensive performance earned praise from Agar, who said: “Rugby’s a tough game and you’re looking for guys that want to front up, and I think we had a right good crack tonight.

“It’s unbelievable really, when you look at the respective teams from a salary cap perspective.

“We acknowledge they have a fair amount of class and international experience in the team, and we’ve got a bunch of guys who haven’t played since February or March time, and that would be a big ask in any situation, especially on their debuts.

“I thought for the full 80 minutes we had 17 players who absolutely gave everything and had a really red hot crack in that game.

“There was a difference in class, but certainly no difference in the desire, determination, resilience, desire – every adjective you’d want to describe in a rugby league player, we saw tonight.”

Agar reserved particular praise for 19-year-old Liam Tindall, who almost capped an impressive debut with a brilliant try early in the second half, when he wriggled through a series of Catalans challenges before falling just short of the line.

“I’m not sure his brain understands which way his legs are going sometimes but that’s what makes him a dangerous player,” added Agar.

“He’s a tremendous physical specimen for a guy who’s only been with us since we came back off lockdown, he’s a very good athlete and he’s a player whom we’ve got tremendous hope for.”

Catalans coach Steve McNamara admitted his side had been on a “hiding to nothing” due to the nature of the Leeds line-up, and admitted he was just happy to return to France having avoided potential embarrassment.

McNamara, whose side snapped a three-game losing streak as a result, said: “We were on a bit of a hiding to nothing but the lads did what they had to do.

“The weather made it really difficult and you start thinking it’s going to be one of those nights – but we found just enough points to get the win despite it not being a great performance.

“We came off an horrendous trip last week onto another trip this week so we’ve got some pretty tired players out there.

“We need to get back to France for a couple of home games and find some of the rhythm that we had before the lockdown.”