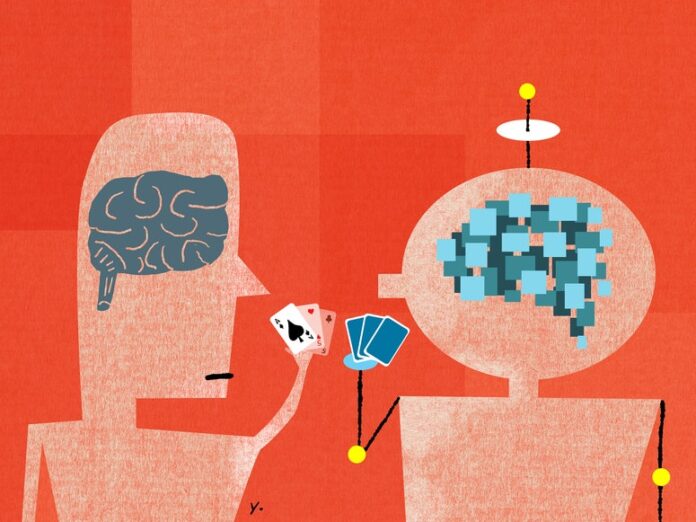 Inside an ordinary-looking home, a robot suspended from the ceiling slowly expands arms holding a sponge, before carefully wiping a kitchen surface clean. Nearby, another robot gently cleans a flat-screen television, causing it to wobble slightly.

The cleaning robots live inside a mock home located at the Toyota Research Institute in Los Altos, California. The institute’s researchers are testing a range of robot technologies designed to help finally realize the dream of a home robot.

After looking at homes in Japan, which were often small and cluttered, the researchers realized they needed a creative solution. “We thought, you know, how can we use the ceiling?” says Max Bajracharya, VP of Robotics at TRI.

In another Toyota lab, in Cambridge, Massachusetts, robots practice picking up cups and plates and loading the dishwasher. In order to operate reliably, and without damaging anything, the robots rely on artificial intelligence algorithms that learn how to grasp objects correctly. The robot also uses a soft gripper equipped with a sense of touch that TRI developed.

Toyota does not have a timeline for commercializing its prototypes, but it is looking to be an early entrant in a potentially big market.

The Japanese carmaker launched the Toyota Research Institute with a $1 billion investment in 2015, betting that its expertise in car manufacturing could be parlayed into more advanced robotics for homes and workplaces.

Gill Pratt, the institute’s CEO, says the sensing, computing, and actuation technology found in modern cars essentially makes them simple robots. “A car is just a robot that operates outside on roads,” he says. “The purpose of a car is to amplify a person, and we think of robots in the same way—as amplifiers of human activity.”

There is hope, especially in Japan, that robots will help care for an aging population in the coming decades. Besides keeping homes clean, robots might tend to people who need physical help, and perhaps even keep them company.

There is also an expectation that recent progress in AI will accelerate in advances in robotics. Today, most industrial robots are still fairly dumb, blindly executing repetitive motions. But this is starting to change, with new sensing and planning capabilities, as well as some use of machine learning.

The robotics industry is already worth hundreds of billions of dollars; significant advances could multiply the figures in coming decades. A growing number of startups hope to commercialize AI-powered robots for simple, repetitive tasks in fulfillment centers and retail stores. Big companies such as Google and Amazon are also investing in research that melds AI and robotics.

Having a robot perform useful tasks inside an ordinary home is, however, still a huge challenge because it involves adapting to complex and unpredictable environments. The ability to manipulate any everyday object remains an unsolved problem in robotics despite recent advances.

It isn’t clear how welcome robots will be in homes, as TRI’s researchers admit. But besides testing new hardware, TRI is conducting research on human-robot interaction. And earlier this year, it said it would build a simulated city near Mount Fuji in Japan, to test robotics and other technologies.

As TRI’s projects show, creating robots that could be of help around the home depends on AI as well as computer simulation and the cloud.

To teach robots how to perform a task, TRI researchers create a virtual reality environment where a person demonstrates for the robot by manipulating its arms. After many tries, the robot uses machine learning to determine the best movements. TRI’s robots also practice tasks like loading the dishwasher inside a simulated environment, which gives them many more attempts from which to learn.

“We’re starting to make some progress on how we [get the robots to] actually learn the behaviors and then share that behavior across, say, a fleet of robots,” says Bajracharya.