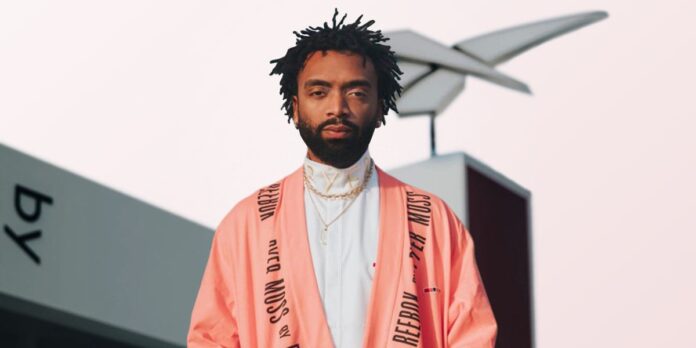 Big things are in the works for Pyer Moss designer Kerby Jean-Raymond. Earlier this month, he scooped a coveted CFDA award for American Designer of the Year (about time, too!) and announced the upcoming launch of Your Friends in New York, a platform to help support young talent across a broad range of industries in partnership with Kering, the French luxury conglomerate behind brands like Balenciaga, Gucci, and Saint Laurent.

Now Reebok, one of the first big-name brands to throw its weight behind the designer in a significant way, is doubling down on the relationship, naming Jean-Raymond as the company’s Vice President of Creative Direction in a press release sent out on Wednesday.

Over the last few years, Jean-Raymond has established himself as one of American fashion’s most honest and exciting voices. (It’s easy to forget just how little time has elapsed since Jean-Raymond stormed onto the scene, but Pyer Moss is less than a decade old.) The type of bold, frank reckonings with the Black experience the Haitian-American designer made a central part of the Pyer Moss narrative from the outset—an emotional 2015 show anchored by the theme of police brutality in America is as powerful now as it was then—are more visible than ever in the fashion discourse (though there’s still a long way to go in addressing the whitewashed nature of the industry at large).

Reebok first teamed up with the designer four years ago on an ongoing collaboration encompassing clothing, shoes, and accessories. Jean-Raymond’s new role will involve working closely with the company’s product and marketing teams and will put the designer at the forefront of Reebok’s “Product with Purpose” program, set to launch in 2021. “I welcome this opportunity to help invigorate the brand with new ideas, while also focusing on instilling a sense of social purpose into our work,” Jean-Raymond says. The first products under his creative direction will debut starting in 2022.

All told, the appointment marks another well-deserved nod of recognition for a pioneering creative who’s still way out in front of the pack, and whose perspective the industry—and the world it inhabits—needs now more than ever.