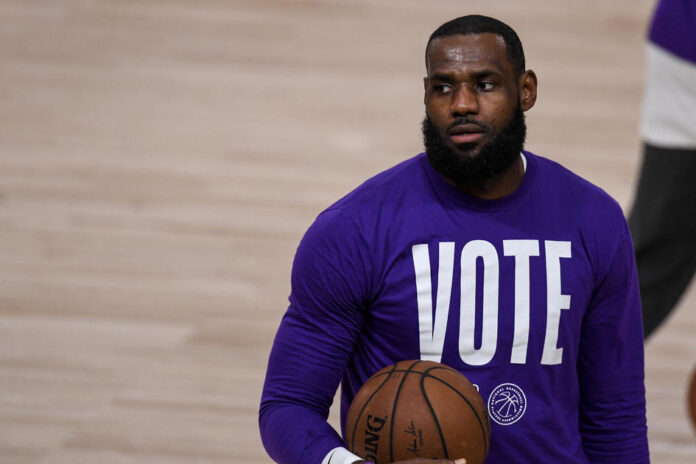 More than 10,000 poll workers have been recruited by NBA superstar LeBron James’ voting rights organization More Than A Vote, and the NAACP Legal Defense and Educational Fund (LDF), the non-profits announced in a press release Wednesday. Their campaign We Got Next officially launched less than two weeks ago.

As of Wednesday, over 10,000 volunteers signed up to be poll workers through the campaign, according to More Than a Vote and the LDF. Janell Byrd-Chichester, the director of LDF’s Thurgood Marshall Institute, told CBS News that they are “thrilled” by the number of people who have signed up and wants to keep it growing.

“We want more and we’re going to continue to push and encourage people to sign up to be poll workers because it’s fundamental to our democracy,” Byrd-Chichester told CBS News.

Facing a poll worker shortage throughout the country, and in particular communities of color, the campaign aims to recruit young people. It kicked off with an ad that has been airing on TV throughout the NBA playoffs and digital platforms. The commercial, narrated by WNBA star Chiney Ogwumike, directs viewers to sign up as poll workers through More Than a Vote’s website.

To celebrate the milestone, the NBA will host first-time poll workers recruited by We Got Next to participate as virtual fans during Game 1 of the NBA Finals between the Miami Heat and Los Angeles Lakers on Wednesday. James plays for the Lakers.

Now, the campaign is looking toward the next phase of the poll worker recruitment — a focus on cities where shortages remain. Among them include Birmingham, Charlotte, Cleveland, Detroit, Houston, Milwaukee, Philadelphia and San Antonio.

The plan also involves rolling out ads in targeted cities over a series of weeks and mailings in 10 targeted states in the South, said Byrd-Chichester. The mailings include 1.3 million letters from James, the LDF and More Than a Vote, according to Byrd-Chichester.

Additionally, they sent out voter protection kits that contain a mask, disposable gloves, hand sanitizer and voter information cards. Byrd-Chichester said they’re trying to make sure voters have the information they need to vote safely and securely.

“Our overall objective is both to make sure that there are poll workers manning the polls … and also to make sure that voters have what they need and they can make their plans and prepare to vote whether early voting, voting by mail or voting in person on Election Day,” Byrd-Chichester told CBS News.

Led by James and other sport athletes, More Than a Vote has worked to fight systemic, racist voter suppression after the deaths of Breonna Taylor and George Floyd.