Home Sport Why retiring from sport is so difficult 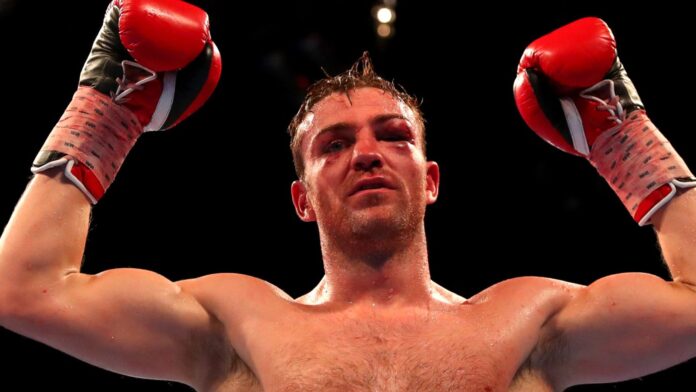 Matt Macklin and James Taylor shared the emotion of their contrasting retirements during a special interview for National Inclusion Week.

Boxer Macklin hung up his gloves in 2016 but admitted he had been thinking about it for years earlier, while cricketer Taylor’s career ended aged 26 due to a serious heart issue.

“It was in my mind from the time I fought Sergio Martinez [in 2012],” Macklin said about considering when to leave his sport.

“I got a shot against Martinez, considered the best in the division and one of the pound-for-pound best fighters at the time.

“I ended up having four more fights over an 18-month period, and I’m glad I did because it gave me closure.

“I always said: ‘When I retire I will stay retired’.

“Those four fights? Even though I won, the performances weren’t there. I realised, the reality was that I didn’t really want to do it anymore.

“The retirement question had been in my mind for three or four years.”

But Taylor’s cricket career ended in a completely different way.

The discovery of the same heart problem that ended Fabrice Muamba’s football career meant Taylor had to stop playing at his peak.

“I’m lucky to still have my life,” Taylor said.

“I love my training and fitness. That enabled me to survive.

“I’d just got to where I wanted to be – I had played for England for over a year consistently in the Test and one-day team. To be kicked back down, when I was just getting to the top, was unbelievably hard.

“My career and life as I knew it was over. But it was the fact I had worked every day tirelessly to get to the top, had just got there, and this knocked me back down.

“I finished at the top. I was still playing for England when I finished and not many people can say that.”