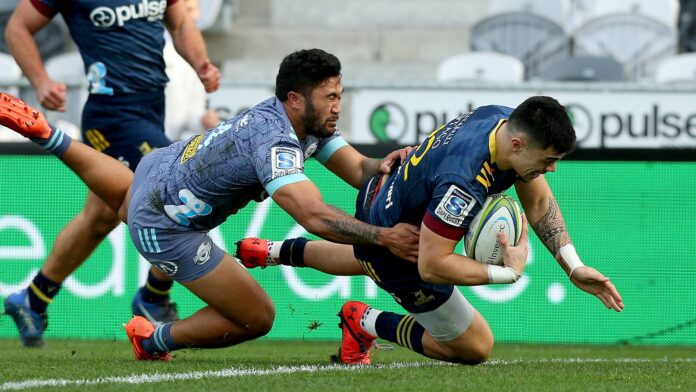 The Blues, Chiefs, Hurricanes, Crusaders and Highlanders will play each other twice, with the addition of a one-off final

Super Rugby Aotearoa will return in 2021 with no Australian or Pacific islands teams involved, New Zealand Rugby have confirmed.

New Zealand set up Super Rugby Aotearoa in 2020 for its five professional franchises – the Blues, Chiefs, Hurricanes, Crusaders and Highlanders – after the broader Super Rugby championship was abandoned due to COVID-19.

There had been hopes of including a team from the Pacific islands for next year’s tournament, as well as interest from Australia, however New Zealand Rugby chairman Brett Impey said the pandemic had shelved those plans.

Impey said he hoped Super Rugby Aotearoa could be expanded with up to three extra teams in 2022.

As was the case this year, the 2021 competition will see New Zealand’s five teams play each other twice, but with the addition of a one-off final.

“COVID has forced us to think domestically for next year,” Impey said.

“Given the success of Super Rugby Aotearoa, it became a no-brainer that we do something similar in 2021.”

Relations between the rugby authorities of Australia and New Zealand have plunged to their “lowest ebb”, according to Rugby Australia (RA) chairman Hamish McLennan.

The two southern hemisphere giants have also been in dispute over scheduling of the four-nation Rugby Championship.

“There is respect there, but the relationship is at probably the lowest ebb it’s ever been at,” McLennan told New Zealand broadcaster Sky Sport.

“But I’m trying my hardest to fix that over time. I think the fundamental issue from us is that (New Zealand) have got to respect our position.”

The breakdown in relations has come amid financial pressures due to the COVID-19 pandemic and uncertainty over the future of southern hemisphere competition, following South Africa’s decision to pull teams from Super Rugby.

The South African Rugby Union (SARU) has opted to switch the Bulls, Lions, Sharks and Stormers in a decision which would see the current PRO14 grow by two teams.

The SARU made the call at a specially convened meeting, which would see the Cheetahs exit the PRO Rugby competition.

Southern Kings are already set to be replaced in 2021 after being put into liquidation by the SARU.

Bosses at the current PRO14 competition would have to ratify the South African decision, but are understood to look favourably on the initiative.