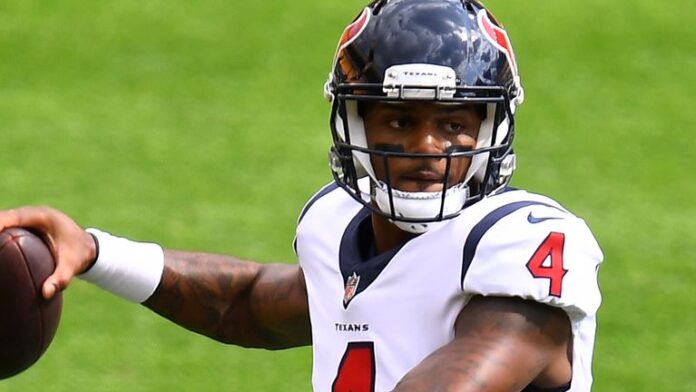 There are eight winless teams in the NFL through the first three weeks of the season, but which of them still have hope of turning things around in 2020?

Peter Schrager: “I think the final 14 weeks of the season are going to be fun for Bengals fans. They’re not going to the playoffs, but I think they’re fun to watch and Joe Burrow is coming on leaps and bounds – as long as he stays healthy.

“Now you’ve also got the younger guys around him stepping up. Tee Higgins is a player to watch.

“You have a rookie quarterback (No 1 overall) and your second-round pick is a receiver, and they’re connecting.

“This is fun. It’s like when Andrew Luck and T.Y. Hilton found each other in their rookie year [in Indianapolis, 2012].

“You love to see it and see a connection developing early on in the season. They’re only going to get better over the next few weeks.

“The Bengals are not winning the Super Bowl this year – we know that – but if you’re a Bengals fan, you’re already thinking that in 2021, ‘we could be pretty darn good’.”

Nate Burleson: “I’m going to go with the Falcons. It just seems like this season is cursed, but there are some things they can grab on to.

“This looks like one of those games where you can pretty much say the Packers are going to run all over Atlanta but that’s not necessarily the case.

“They might have had a rough start to the season, but they don’t start the games off rough. In the first half of this season, they have outscored opponents 57-34!

“Julio Jones is in good company with Calvin Ridley – 349 receiving yards this season, that is second in the NFL. Ridley is good enough to be the No 1 receiver whenever it is Julio decides to walk away.

“They’re not that bad, they’re just tripping all over themselves late in the game.”

Kyle Brandt: “I’m choosing the Vikes. I believe in [coach] Mike Zimmer and I also believe in Kirk Cousins.

“Last week against the Titans, it was like it all came together; Justin Jefferson had a breakout game, Harrison Smith had a pick, Yannick Ngakoue gets a sack, Adam Thielen and Kyle Rudolph scoring touchdowns and yet, somehow, they still lose.

“I just can’t foresee a Mike Zimmer team laying an egg week to week; I still believe Minnesota get it together.”

Kay Adams: “I’m going to go with Houston. It’s not going to be a walk in the park. I don’t even know why I think they’ll turn this around, other than the schedule.

“I feel like their 0-3 is a little bit different to everybody else’s, because those losses came to the Chiefs, the Ravens and the Steelers – those are tough, tough teams.

“They’ve got some winnable games coming up, with visits from the Vikings and the Jaguars.

“And don’t forget, two years ago, this team went 0-3 and then won the division! If there’s any team which knows how to circle the wagons for their coach, it’s this one.”