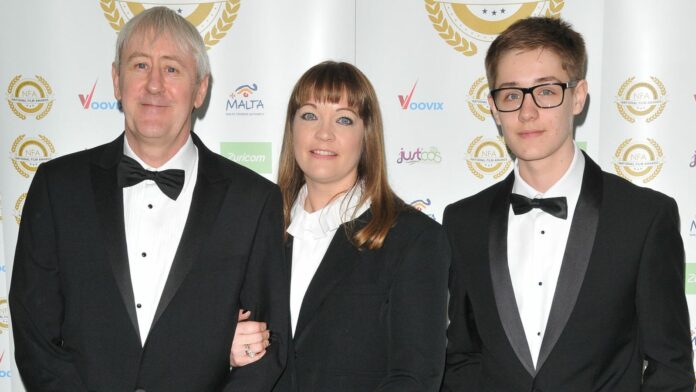 Tributes are being paid to Archie Lyndhurst, a CBBC star and son of Only Fools and Horses actor Nicholas, who has died at the age of 19.

In a post on Twitter, the children’s TV channel said all of its team had been left devastated by the death of “such a talented young actor”.

Archie was best known for playing Ollie Coulton in the CBBC comedy So Awkward, having starred in the show since it launched in 2015.

We’re so sorry to have to tell you that Archie Lyndhurst, who so brilliantly played Ollie in So Awkward on CBBC, has very sadly died after a short illness.
Archie will be hugely missed by all who worked with him, and by all the fans who laughed along with Ollie in the show. ❤️ pic.twitter.com/SfXP8TIz2Q

He died after a short illness, the CBBC statement said.

“He will be greatly missed by us all and our deepest condolences go out to his family and friends at this time.”

The channel also urged any young viewers affected by the news to share their feelings and talk to someone.

John Challis, who played Aubrey “Boycie” Boyce in the long-running BBC comedy said Archie’s death was “the saddest news of all”, adding that his “heart aches for Nick and Lucy”, his parents.

Archie’s friend and So Awkward co-star Samuel Small, who also appeared in Game Of Thrones and BBC drama The Nest, shared several photographs and said he had never known anyone who “had touched so many people’s hearts” in an emotional tribute on Instagram.

In response to the tribute, a message from Lucy Lyndhurst’s account said: “He will love you and watch over you forever.”

Archie started his career at the Sylvia Young theatre school, according to his CV.

As well as CBBC, he also appeared in hospital drama Casualty and in Jack Whitehall comedy Bad Education, as well as other projects playing a young version of the comedian.

His death is not the first tragedy to hit CBBC in recent years.

These countries have found cases of the Omicron Covid-19 variant so...

Disney is streaming ‘The Simpsons’ in Hong Kong without the Tiananmen...

Shopping online this holiday season? Why you need to protect yourself