Home Sport Time running out for Darnold in New York 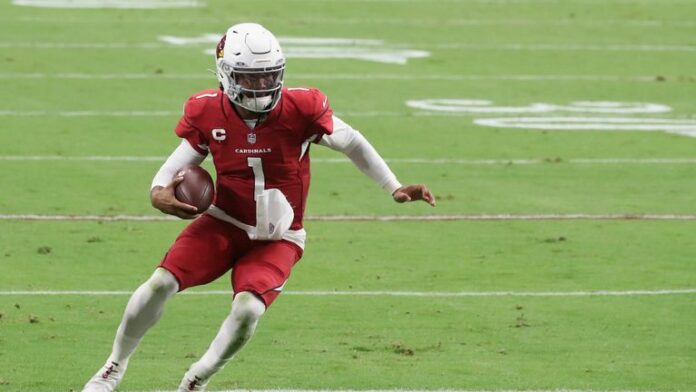 Watch Sam Darnold’s New York Jets in action against the Denver Broncos on Thursday night, live on Sky Sports NFL from 1am

What does Sam Darnold have in common with Patrick Mahomes and Kyler Murray?

Not a huge amount, in truth; one is the 2018 league MVP and reigning Super Bowl champion, the other is last year’s offensive rookie of the year. Darnold ‘boasts’ a career win-loss record of 11-18.

Yet, as Good Morning Football looked back on some of the most jaw-dropping plays from Week Two in the NFL a week ago, a sumptuous Darnold 30-yard touchdown pass to Braxton Berrios was scattered in among the traditional Mahomes-Murray highlight reel.

Darnold displayed the elusiveness and quick feet of Murray to evade pressure and then had a rocket of a right arm, but also the touch and improvisational ability of Mahomes as he rolled to his left, opened his body up and threw to the right to hit Berrios in stride.

The only problem was, that touchdown came in the final two minutes of a 31-13 drubbing to a San Francisco 49ers side that had lost four key players to injury during the contest.

Sam Darnold dances in the pocket and hits @HNYNUT_BERRIOS for a @nyjets touchdown! #TakeFlight

Darnold was at it again this week; again impressively avoiding pressure, escaping to his right this time and then hitting Berrios right on the numbers for a 20-yard TD. A game he tied up at 7-7, the Jets would go on to lose 36-7, with Darnold throwing three interceptions – two being pick sixes.

And therein lies the problem with Darnold. For as much as he shown flashes in New York, that he has got the raw tools to be a success in the NFL, the mistakes are there in equal measure and he’s running out of time to prove he can cut them out.

The Jets’ 0-3 start has them the early frontrunners in the ‘tanking for Trevor [Lawrence]’ race, with the much-coveted quarterback out of Clemson seen as the NFL’s next star.

Darnold wasn’t the consensus No 1 overall pick like Lawrence likely will be when drafted No 3 in 2018 but, at the time, there was a genuine debate to be had over whether he was better than contemporaries Baker Mayfield, Josh Allen, Josh Rosen and Lamar Jackson.

Mayfield was taken No 1, and promptly threw a record 27 passing touchdowns as a rookie, Allen (No 7) is currently garnering MVP buzz after a brilliant start to 2020 and, while Rosen (No 10) has proven to be a bust thus far, Jackson (32) – picked a whole 29 places below Darnold – is so far the pick of the bunch, as his 2019 MVP trophy will testify to.

But while Baltimore have built their entire offensive philosophy around the unique skillset of Jackson, and Mayfied has been helped by having arguably the best set of running backs in the NFL (Nick Chubb and Kareem Hunt) behind him, and Allen has been boosted by the arrival of Stefon Diggs to add to an already impressive group of wideouts, Darnold has had none of that.

He has received little to no help from the Jets, an organisation that has been in the business of disfunction long before he arrived.

“Darnold, he’s not the problem,” former NFL quarterback Chris Simms said on Pro Football Talk this week. “The problem with the Jets, the biggest issue they have, is they have no receivers. None!

“Braxton Berrios is his go-to guy. What do they expect?

“Their running backs are old, there’s nothing special there. The offensive line is getting better, they’re young – a work-in-progress – and on the defence, there’s not one household name.

“They’re the worst team in football.

“I’m a little bit of a defender of [head coach] Adam Gase. The team that was handed over to him and [general manager] Joe Douglas was crap.

“I don’t know any other way to say it – the worst built football team in the NFL. I don’t think it’s even close, really.”

Douglas, having only been hired in June 2019 on a six-year deal, is likely safe for now, but Gase’s 7-12 record since taking over, combined with three underwhelming years in charge of the Miami Dolphins beforehand, means he’s firmly on the hot seat.

A supposed offensive guru and ‘quarterback whisperer’, Gase is copping a lot of the criticism for Darnold’s lack of progress.

There were moments last season, however, most notably a Week Five win (after starting the season 0-4) over the Dallas Cowboys, in which Darnold threw for 338 yards and two touchdowns. It was his first game back after missing three weeks to illness after being struck down by mono.

It would prove somewhat of a false dawn as defeats to the New England Patriots, Jacksonville Jaguars and Miami Dolphins followed in the subsequent weeks before Darnold went on a 6-2 tear to finish the season and give cause to some optimism in 2020 that has again swiftly evaporated.

Darnold desperately needs to turn similarly turn this season around, and quickly, otherwise it will be Lawrence in situ for the 2021 season.

His first opportunity to do so is as good as any he’ll get all season, coming up against a Denver Broncos side plagued by injuries this season that is about to start their third-string quarterback, undrafted Brett Rypien in Thursday night’s contest (live on Sky Sports NFL, from 1am).

It’s one of only two live, nationally televised Jets games for the season, making it all the more imperative for Darnold to put his best foot forward.

The Jets can hide under the banner of irrelevance for 14 weeks of this season, but a ‘prime time’ audience demands a performance to match. It will have a determining factor on what comes next for the young QB, and for the franchise.

Mike Florio added on PFT: “You’ve talking about a team that is in New York City!

“There’s a point where, even if you want to stick with the plan, even if you believe that keeping Gase and Douglas together for the next two-three years, you still have a business that is driven by people wanting to watch your games on TV.

“The ratings locally for the Jets in New York have not been good.

“There’s only so much of that they’re going to take before you just have to say, ‘we’re out of time’.

It’s of the upmost importance, with his NFL future at stake, that Darnold channels a bit more of his inner Mahomes and delivers some more ‘must-see’ moments on Thursday night.