Home Sport Tuilagi out for six months with torn Achilles 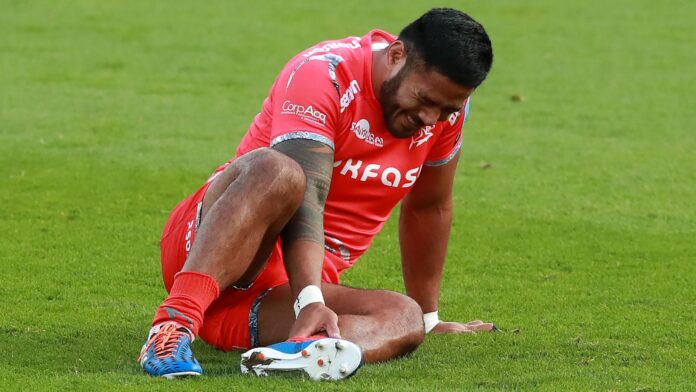 England centre Manu Tuilagi has been ruled out for six months after tearing his Achilles in Sale’s win over Northampton Saints on Tuesday.

Tuilagi will undergo surgery next week, and the injury will rule him out of England’s autumn internationals and next year’s Six Nations championship.

“Manu will be a loss to England and Sale,” Sale director of rugby Steve Diamond said.

Courtney Lawes is also a doubt for the start of England’s international schedule due to an ankle injury that he picked up in the same game, leaving him on crutches.