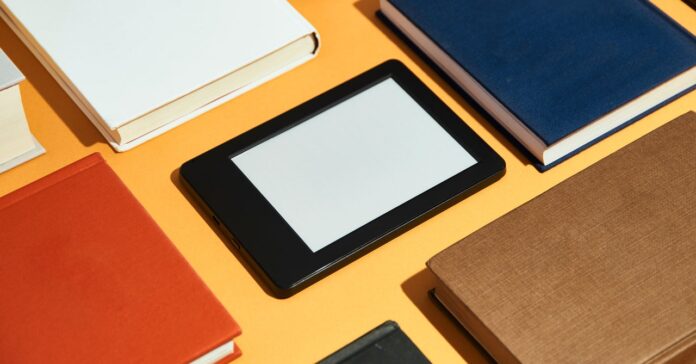 Before Sarah Adler moved to Maryland last week, she used library cards from her Washington, DC, home and neighboring counties in Virginia and Maryland to read books online. The Libby app, a slick and easy-to-use service from the company OverDrive, gave her access to millions of titles. When she moved, she picked up another card, and access to another library’s e-collection, as well as a larger consortium that the library belongs to. She does almost all of her reading on her phone, through the app, catching a page or two between working on her novels and caring for her 2-year-old. With her husband also at home, she’s been reading more books, mostly historical romance and literature, during the pandemic. In 2020, she estimates, she’s read 150 books.

Adler buys books “rarely,” she says, “which I feel bad about. As someone who hopes to be published one day, I feel bad not giving money to authors.”

Borrowers like Adler are driving publishers crazy. After the pandemic closed many libraries’ physical branches this spring, checkouts of ebooks are up 52 percent from the same period last year, according to OverDrive, which partners with 50,000 libraries worldwide. Hoopla, another service that connects libraries to publishers, says 439 library systems in the US and Canada have joined since March, boosting its membership by 20 percent.

Some public libraries, new to digital collections, delight in exposing their readers to a new kind of reading. The library in Archer City, Texas, population 9,000, received a grant to join OverDrive this summer. The new ebook collection “has really been wonderful,” says library director Gretchen Abernathy-Kuck. “So much of the last few months has been stressful and negative.” The ebooks are “something positive. It was something new.”

But the surging popularity of library ebooks also has heightened longstanding tensions between publishers, who fear that digital borrowing eats into their sales, and public librarians, who are trying to serve their communities during a once-in-a-generation crisis. Since 2011, the industry’s big-five publishers—Penguin Random House, Hachette Book Group, HarperCollins, Simon and Schuster, and Macmillan—have limited library lending of ebooks, either by time—two years, for example—or number of checkouts—most often, 26 or 52 times. Readers can browse, download, join waiting lists for, and return digital library books from the comfort of their home, and the books are automatically removed from their devices at the end of the lending period.

The result: Libraries typically pay between $20 and $65 per copy—an industry average of $40, according to one recent survey—compared with the $15 an individual might pay to buy the same ebook online. Instead of owning an ebook copy forever, librarians must decide at the end of the licensing term whether to renew.

The rising demand for digital materials has prompted some librarians to shift what they buy, even as they fear shrinking budgets amid the economic downturn. A recent survey of 400 librarians in the US and Canada found that one-third are spending less on physical books, audiobooks, and DVDs, and more on digital versions since the pandemic began. Twenty-nine percent have had their budgets frozen or reduced.

But the publishers’ licensing terms make it “very difficult for libraries to be able to afford ebooks,” says Michelle Jeske, director of the Denver Public Library and president of the Public Library Association. “The pricing models don’t work well for libraries.” Between January and July, the Denver system saw 212,000 more books downloaded than the same period last year, a 17 percent increase.

Last year, Macmillan took an additional step, limiting each library system to only a single digital copy of a new title—at half its usual price—until it had been on the market for two months. Macmillan CEO John Sargent said he worried there was too little friction in library ebook lending. “To borrow a book in [the pre-digital days] days required transportation, returning the book, and paying those pesky fines when you forgot to get them back on time,” he wrote in a letter announcing the policy. “In today’s digital world there is no such friction in the market.” Many librarians, arguing the Macmillan policy hurt large urban systems that already struggle to keep up with demand for new and noteworthy books, organized to boycott the publisher.