Home Sport ‘Fury to fight in 2020 with or without Wilder’ 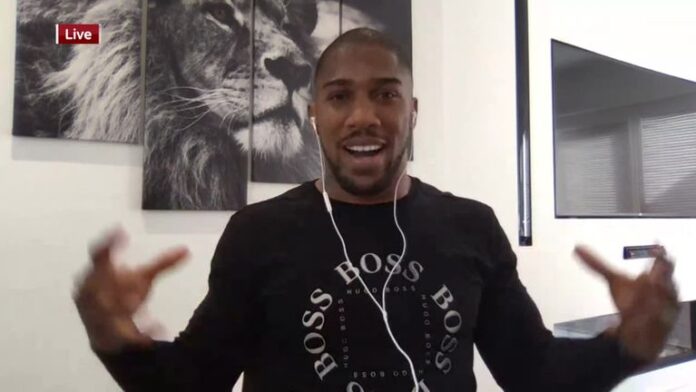 Tyson Fury is open to fighting a new opponent in the UK before the end of this year, if the Deontay Wilder trilogy is delayed.

WBC heavyweight champion Fury is contracted to a third fight with Wilder and has agreed financial terms for two meetings with Anthony Joshua, set for 2021, to decide an undisputed ruler.

But those plans were interrupted when Top Rank’s Bob Arum, Fury’s US-based promoter, told ESPN that the targeted date for the third fight with Wilder of December 19 would be pushed into 2021 because it clashed with American football games.

Asked if Fury would welcome a fight in the UK against a different opponent to stay busy this year, his trainer Sugarhill Steward exclusively told Sky Sports: “I would like Tyson to fight, PERIOD!

“If a fight can be made for Tyson this year then let’s have at it.”

Fury earlier told TalkSport: “I’m very ready to fight but the problem is I keep hearing different stories about what’s supposed to be happening in my career.

“I’m supposed to be boxing on December 19 in Las Vegas against Deontay Wilder in a trilogy, and I keep hearing different stories every two days about what’s going on.

“Recently I read a story that they’re trying to bring it forward a week or bring it back a week or whatever, but the one thing I want to announce to the world is I will be fighting in December, whether it’s Deontay Wilder in Las Vegas, or if it’s Joe Bloggs in England.”

IBF, WBA and WBO heavyweight champion Joshua exclusively told Sky Sports about Fury: “Remember, he was a heavyweight well before my time.

“He turned professional in 2008. That was the year I had my first amateur fight!

“I never thought I would catch up to Fury. He was never someone that was on my radar.

“So I’ve never known Tyson until I turned professional and started barking at the heels of these heavyweights who were docile.

“I started bringing some heat. Now they became relevant in my life.

“My relationship with Tyson is only because I progressed as quickly as I did, and he didn’t progress as quickly.

“Over a long period of time, a career that has spanned 12 years, I would have liked to have seen him in some more challenging competitions.

What does this mean for Joshua vs Fury?

Joshua’s promoter Eddie Hearn told Sky Sports, before Fury’s claim that he would fight somebody else before Wilder: “Right now [Joshua and Fury] are all in. In their heads, that fight is agreed, it’s done.

“It’s our job to paper it, dot the i’s and cross the t’s, and make sure the ink is dry.

“We want two fights in 2021. May to the end of June is likely for the first fight with the second falling in November or December.

“It is important that one of those, at least, takes place in the UK but with the way the world is, we just don’t know.”

Hearn said about negotiations with Fury’s US-based promoter Arum: “If we weren’t up against it, in terms of getting our own individual fights over the line, then we probably would have papered that fight, in terms of a contract.

“I said to him: ‘Shall we contract that fight?’

“He said: ‘Yes but let me first sort out this mess!’

“In terms of the Wilder fight for him, and the mess we are in with the Pulev fight.

“Everybody is geared towards making the fight.”

Inside story: A week at Fury’s house

Detroit trainer Steward, who led Fury to his demolition of Wilder in their second fight, has spent time with the WBC champion in Morecambe recently.

“Look at Tyson – he was undefeated, the champion, on top of the world. But he called me to break him down and build him back up again.

“Nobody does that in boxing. Everybody gets to the top, then that’s it.

“Tyson has the mentality that he wanted to be broken down and built back up. Nobody else would think to do that.”