Home Culture Donald Glover privately had a new son and named him after his... 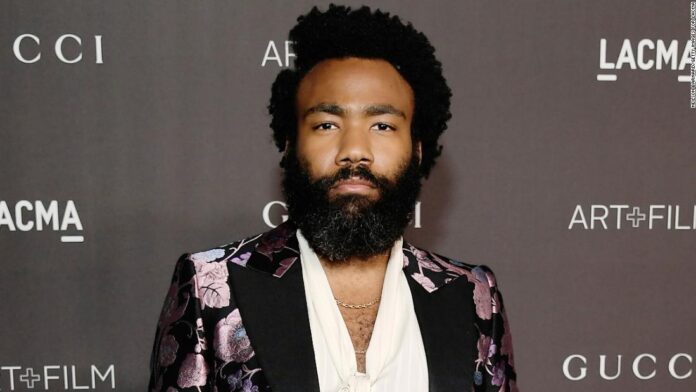 The “Atlanta” star had a conversation with “I May Destroy You” star Michaela Coel for GQ magazine and almost casually shared the news by saying “You know, I had (a kid) during the coronavirus.”
“I was in the hospital bed,” Glover said.”My son had just been born, like, an hour before and I was watching the George Floyd video. It was such a weird moment.”
He described the experience as “nuts” and went on to explain further.
“It was such a weird moment,” the Emmy-winning actor said. “It was such an intense, weird moment, because I’m watching that video and it’s like eight minutes long, so you’re sitting there and I had just had this amazing, joyful, expanding moment, plus my dad had passed away recently, so (my son) was named after my father… I don’t even know what, really, the word is to describe it. It was just expanding: the empathy and compassion and the terror and the joy of it.”
He had announced the death of his father, Donald Glover Sr., during a concert as his rap alter ego Childish Gambino in December 2018.
The younger Glover has two young sons including one named Legend who wandered in during his conversation with Coel.
The conversation turned to freezing eggs to have children and Glover said he thinks it’s something that’s becoming more common.
“Because I’ve actually had that thing where I’m like, ‘Maybe I should just get a vasectomy and just freeze those assets,'” he said. “Because adopting kids, my family adopting kids … And we actually have been talking about (it), because we have three boys so I’m like, “Oh, it might be nice to be get a girl in there.” So I think all those are great options. But it is hard.”