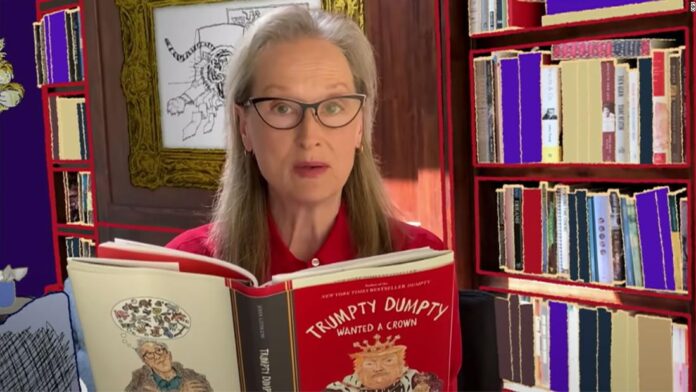 The actor had convinced his pal Meryl Streep to read from his book, “Trumpty Dumpty Wanted A Crown: Verses For A Despotic Age,” and of course the Oscar winner did not disappoint.
Streep read Lithgow’s “The Toreys, also known as “The Tiger King,” to the camera, and brought full drama to the story of a political party that enables a tiger, who becomes king but at a great cost.
Besides Streep, Lithgow has enlisted a number of famous friends to read from the book in what has become a virtual book tour. Samuel L. Jackson, Joseph Gordon-Levitt, Glenn Close and Whoopi Goldberg have all participated.

‘It spirals out of control’: Trainspotting star Robert Carlyle on bringing Begbie back for TV series