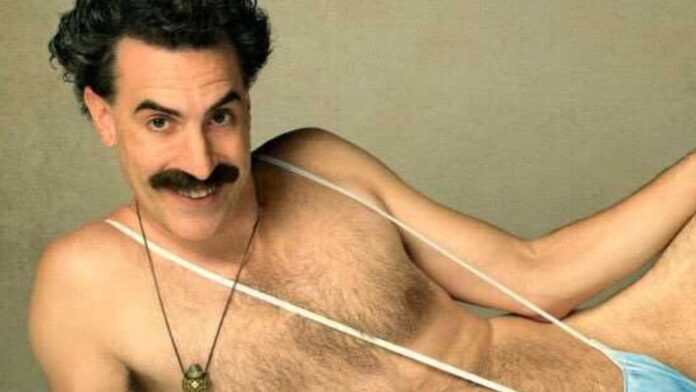 When it comes to celebrity backing for the US election, it’s fair to say Joe Biden has a lot more star power than Donald Trump.

But it looks like the current president now has a fan in everyone’s favourite fictional Kazakh TV journalist Borat.

Earlier this week, it was announced that comedian and actor Sacha Baron Cohen‘s sequel to the 2006 hit comedy film will be released later this month, ahead of the US election on 3 November.

Now, in a video posted on a parody Twitter account styled to represent the Kazakhstan government, which launched at the end of September, it appears Borat is full of praise for Mr Trump following the recent presidential debate.

In the clip, the president is described as the “strongest premiere in history”, a “protector of womens” and a “hero of war”.

And because of Mr Trump, Borat reminds the account’s 55,000-plus followers, “350 million Americans still alive”.

The Borat sequel, which will be available on Amazon Prime Video, follows 2006’s Borat: Cultural Learnings Of America For Make Benefit Glorious Nation Of Kazakhstan and will once again feature Baron Cohen as oblivious reporter Borat Sagdiyev.

A trailer shows Borat now has a daughter and is learning about the coronavirus pandemic in the film.

Baron Cohen was spotted filming in character in Los Angeles last month. He also attended a conservative rally in Washington State in June, where he reportedly tricked the audience into singing racist song lyrics.

The original Borat film featured Baron Cohen travelling around the US in character and featured a number of real-life interviews.

Baron Cohen, whose other famous comic creations include Ali G and Bruno, earned critical acclaim for his most recent TV series, the satirical Who Is America?.

One US politician resigned from the Georgia house of representatives after appearing in the mockumentary.