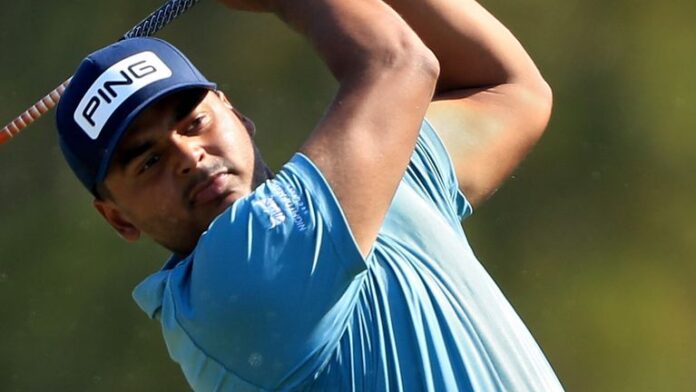 Jimmy Walker rolled back the years to sit in a four-way tie for the lead after the opening round of the Sanderson Farms Championship.

The former PGA Champion, looking for a first victory since his 2016 major success and without a worldwide top 10 since May 2018, carded eight birdies on his way to a bogey-free 64 at Country Club of Jackson.

Walker, who has since dropped to world No 352, Is joined on eight under by four-time PGA Tour winner Charley Hoffman, Kevin Chappell and defending champion Sebastian Munoz.

“I did a lot of stuff really well, a lot of good bunker shots,” Walker said. “When I missed, I was in a good position. I didn’t short-side myself and putted extremely well for the day, so it was pretty good.”

Beginning on the back nine, Walker missed birdie chances from inside six feet on both his first two holes before holing a 15-footer at the 13th and getting up and down from the sand to pick up a shot at the par-five next.

Walker made a 15-foot birdie at the 15th and followed sand saves over his next two holes by converting a 20-footer from the fringe at the 18th and posting a two-putt birdie at the par-five third.

Back-to-back birdies from the fifth and a tap-in gain at the eighth helped Walker close a blemish-free card, as Hoffman – teeing off at the same time but from the first – also got off to hot start to get to eight under.

Hoffman made four straight gains from the third and cancelled out a blemish at the eighth by picking up a shot at the next, before adding four consecutive birdies on his back nine.

Chappell added birdies at the second and fifth to his first-nine 32, with a 35-foot at the par-save at the sixth then followed by back-to-back birdies over his closing holes to make it a three-way tie.

Munoz, looking to become the first back-to-back winner of the event, posted four straight birdies from the 13th to get to eight under and then got up and down from off the final green to salvage a par and keep it a four-way tie at the top.

England’s Steve Lewton is in the group four off the pace that includes Scotland’s Martin Laird and Sergio Garcia, with Henrik Stenson a further two strokes adrift after a two-under 70.

Watch the Sanderson Farms Championship throughout the week live on Sky Sports. Live coverage continues on Friday with Featured Groups from 6pm via the red button, before full coverage from 9pm on Sky Sports Golf.