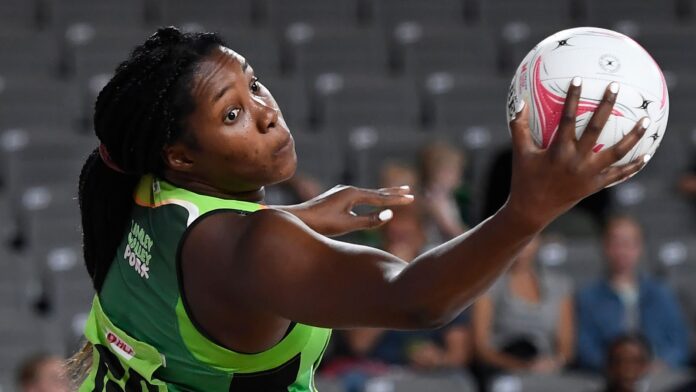 The Finals Series will be played over three weekends with semi-finals, a preliminary final and the Grand Final

Ahead of the Finals Series of Suncorp Super Netball in Australia, we take a look at the quartet of teams who remain in contention for the 2020 title.

After 14 rounds of matches were condensed into the space of 56 days due to COVID-19, this weekend marks the start of the big sprint finish.

The format of the Finals Series means that this weekend features one ‘major’ semi-final and one ‘minor’ semi-final.

The two clubs who finished first and second on the ladder will face-off in the major match on Saturday and those who finished third and fourth, will duel on Sunday.

It’s the fourth straight year that the Vixens are playing finals netball and they go into this edition as the ones to beat.

They notched up 11 victories and a draw en route to this weekend and their most-recent triumph was against Saturday’s opponents, Sunshine Coast Lightning.

Keep an eye out for Mwai Kumwenda, who celebrated her 31st birthday last weekend with a 43/44 shooting performance, and the continued return of Liz Watson from an ankle injury.

In their first season without Dame Noeline Taurua as head coach, Sunshine Coast Lightning finished the regular season with nine victories to their name.

Throughout this season, a strength has been their versatility, and assistant coach Chris Voge is eager for them to continue to show that against the Vixens.

“Something we’ll have to look at this week is making sure we use our versatility, smarts and creativity moving into the semi-final,” she said on Lightning’s website.

“There’s a strong belief within our group and we are heads down planning and preparing this week for the opportunity to turn the tables on Vixens.”

Lightning’s line-up is packed with natural talent and impressive leaders, with Laura Langman in the middle, Phumza Maweni and Karla Pretorius at one end and the sublime Peace Proscovia at the other end.

On a recent episode of Sky Sports’ Off The Court, Ash Brazill tipped her old franchise to go all the way this season.

“For me, Jhaniele Fowler is just an absolute weapon. One thing that I don’t think has been spoken about at all, is the amount of travel they normally do during seasons,” Brazill said.

“This time, being in a hub situation, they’re not flying and are able to get full training in. It’s the first time we’re seeing what Fever could have been.”

As Brazill mentioned, Fowler is a huge asset in their shooting circle with England’s Stacey Francis providing energy and tenacity at the other end.

As a team they’ve experienced a lot this season, including midcourter Verity Charles being allegedly spat at by rival fans and on a happier note, head coach Stacey Marinkovich being announced as the new Aussie Diamonds head coach.

Needless to say, they’ll arrive at their minor semi-final as a tight and focused unit, keen to put it all on the line for each other and their coach.

The Swifts’ final act of the regular season was to retain the Carole Sykes Memorial trophy against their local rivals the GIANTS.

The 77-77 draw featured opponent Jo Harten producing the Super Shot performance of the year, but it will be her fellow England Roses – Helen Housby and Natalie Haythornthwaite – who march forwards into the Finals Series.

As the defending champions, the Swifts are aware of the pressure that’s heaped on their shoulders and that they lost to opponents Fever, just two weeks ago.

On that day, they started poorly and the defeat marked their third on the bounce. However, a gutsy victory over the Thunderbirds broke that cycle before last weekend’s draw.