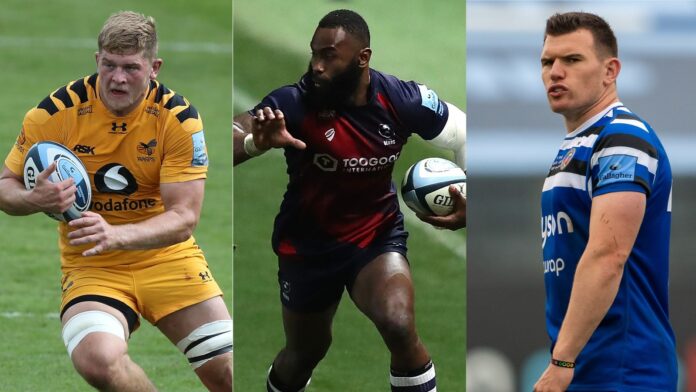 Premiership season 2019/20 finishes with Round 22 fixtures on Sunday

With top spot and relegation in the Premiership already decided before the final day, two areas standout: the playoffs and European qualification.

With four teams battling for the remaining three playoff places – Exeter are already assured of a home semi-final – one of Wasps, Bath, Sale or Bristol will fall short, with just two points separating the teams in the table before Sunday’s final round of fixtures.

The Playoffs – Who will miss out?

Up to the restart and for a good while afterwards, it looked likely that second in the table would go to one of Bristol or Sale.

Both clubs had recruited extremely well and were playing some superb rugby. Yet, ahead of the final day, they sit fourth (Sale, 64 points) and fifth (Bristol, 64 points) in the standings.

Such a turnaround is due to an upturn in form and performances from Wasps (sat second, 66 points) and Bath (sat third, 65 points).

Since the restart back in August, Wasps have won an incredible seven games from eight – including victories over Bristol and at Bath. They also have more try bonus-points than anyone in the division, with 11.

Bath, meanwhile, have also won seven games from eight since the restart – a run which included victory over Sale at the AJ Bell, while their only defeat was to Wasps.

The net result has seen the Bears and Sharks slide down the playoff standings, and Wasps and Bath nudge above them. But can they stay there?

Looking to the final day fixtures, Wasps are perhaps in the strongest position, despite having to play leaders Exeter in Coventry. That is because the Chiefs have nothing to play for, are already guaranteed top spot and a home semi-final, and have the small matter of a European Cup final with Racing 92 in a fortnight’s time to look forward to.

Indeed, Exeter heavily rested and rotated their squad for last weekend’s clash with London Irish – one they lost at home. As such, with Wasps at home and with huge motivation to secure a result, they would be heavy favourites to bank four or five points.

A win of any nature will be enough for Wasps to secure their playoff place, and with it a home semi-final.

Bath, on the other hand, would appear to be in a far tougher scenario, even though they travel to face a Saracens side certain of relegation and nothing to play for, on paper.

Had Saracens hung on to win their Champions Cup semi-final with Racing 92 the week before last, perhaps Stuart Hooper’s men would have a different proposition on their hands, but with Sunday now the final occasion this Saracens squad will get to play Premiership rugby at Allianz Park, expect Mark McCall’s men to be fully loaded.

Can Bath travel to London and defeat a Saracens side looking for one last hurrah? A tough ask, but one Bath will need to accomplish if they want to avoid leaving themselves exposed.

Bath need a win of any sort to secure a playoff spot, while should Wasps lose, Bath would claim a home semi-final with a win at Saracens. If they were to pull off an unlikely bonus-point success, and Wasps were to win without one, they could, in theory, overtake Wasps into second – though they would have to makeup a points differential of some 61 points.

Sale host Worcester on Sunday, and though on paper it’s a game they should certainly win, the Warriors will travel to Salford with Europe on the line for them – more on that in a moment.

The Sharks must beat Worcester to ensure a top-four finish, with losses for Bath and or Wasps enough to see them potentially move up into third or even second.

And finally Bristol, who travel to London Irish. Though the Bears are level on points with Sale in fourth, their points difference is 116 worse off – effectively another point.

Bristol are the only side who must win and hope for a favour elsewhere. Their opponents London Irish have nothing to play for, and so could be there for the taking, but fingers will be crossed for a Bath slip up in particular.

Bristol can only overtake the sides above them if they lose, or if Sale win without a bonus-point and Bristol win with one.

With Wasps, Sale and Bristol likely to win therefore, and Bath perhaps up against it, the men from the Rec could miss out. But there is a lot of rugby to be played yet.

Europe on the agenda for Northampton, Gloucester and Worcester

The only other thing to rubberstamp is which Premiership sides will qualify for next season’s expanded Champions Cup.

Due to the effects of Covid-19 on Europe’s top leagues, the European Cup will take on an expanded format in 2020/21 to include 24 teams as a one-off.

Consequently, the top eight in the Premiership as opposed to the top six will qualify.

With Exeter, Wasps, Bath, Sale, Bristol and Harlequins (sixth) already assured of qualification, there are still two slots to play for, with three teams in situ.

Northampton currently sit seventh on 42 points, Gloucester are eighth on 41 points and Worcester are now ninth on 37 points after their home bonus-point win over a much-changed Saracens.

And it gets more interesting than that, as Gloucester and Northampton will face each other on the final day at Kingsholm, meaning one of them will drop points.

Worcester travel to face Sale, which is no easy task, but if they can win with a bonus-point and Gloucester were to lose at home to Saints without picking up a losing bonus-point, then the Warriors will be playing in the Champions Cup next season for the first time in their history.

A win on its own will not be enough for Worcester regardless of the result of other game, as their points difference of -200 is too damaging, while a bonus-point Warriors win but win for Gloucester would not be good enough either for the same reason – should Worcester finish level on points with Saints or Gloucester they would not overtake them.