Home Culture Scott Disick learns he has low testosterone, admits his body has been... 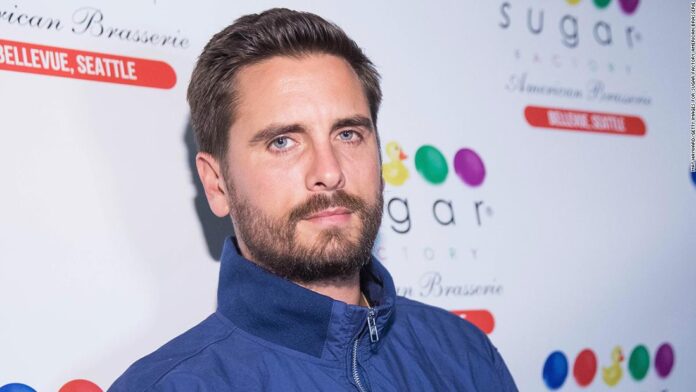 At first, the reality star, who shares three kids with Kourtney Kardashian, originally thought he had contracted Covid-19, saying, “Lately, I’ve just had no energy to do anything. I wake up and I’m just shot.”
He went on, explaining, “I don’t have the drive to get up and run around with my girlfriend and my kids. I just don’t have the energy. I don’t know if I’m getting old or I’m just not in great shape, but I just want to see if there’s anything wrong with me.”
It was Kim Kardashian West who advised him to get his blood drawn.
“I’m definitely a drop nervous to do all these blood panels, because I’ve put this vessel through a lot of trauma, I’m not going to lie,” he said. “I’m definitely scared, but if there’s anything wrong with me, whatever is the best way to get my body functioning better is what I’m going to do.”
He added that his body has taken a beating.
“I feel like there’s definitely been some stress in my life,” he continued. “Missing my parents, it’s really hard. My life hasn’t always been easy. I used to drink and party and go out a ton, so my body, it’s been through some rough waters and taken some pretty bad beatings. I never thought that there was a possibility any of that stuff could affect me in the long run.”
Disick has openly checked himself into rehab before.
When his blood results came back, Disick was told that his testosterone levels were “clinically low.”
“I’m very thankful that there was nothing serious,” he said. “It could be from a number of reasons, so my doctor suggested I meet with a nutritionist, who did a more detailed blood test to find out why my testosterone is so low and to see exactly what’s working and what’s not working on my body.”
He has since changed his diet and is now taking supplements.