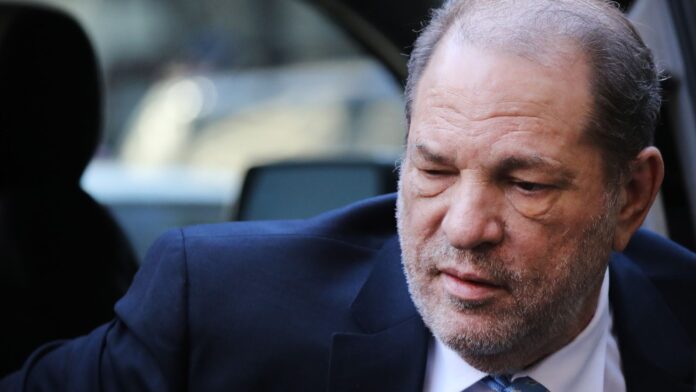 The disgraced film producer was convicted in New York for historic sexual assault charges in March, and sentenced to 23 years in prison.

The new charges in California are part of an ongoing case against Weinstein, and include additional forcible sexual assault claims involving two victims in incidents that allegedly date back more than a decade.

Weinstein, 68, is now facing a total of four counts of rape, two of sexual battery by restraint and one count of sexual penetration by use of force, involving five victims, for crimes that allegedly happened between 2004 and 2013.

If convicted in Los Angeles, Weinstein could be given up to 140 years in state prison.

The new allegations against him claim he raped a woman at a Beverly Hills hotel between September 2004 and 2005, according to prosecutors.

In a second allegation, he is also accused of raping another woman, on two separate occasions, at a hotel in Beverly Hills in November 2009 and November 2010.

Los Angeles County district attorney Jackie Lacey said: “I am thankful to the first women who reported these crimes and whose courage have given strength to others to come forward.

“The willingness of these latest victims to testify against a powerful man gives us the additional evidence we need to build a compelling criminal case.”

When the case was opened in Los Angeles earlier in the year, Weinstein denied the charges.