Home Sport Herbert one ahead of Rock in Scotland 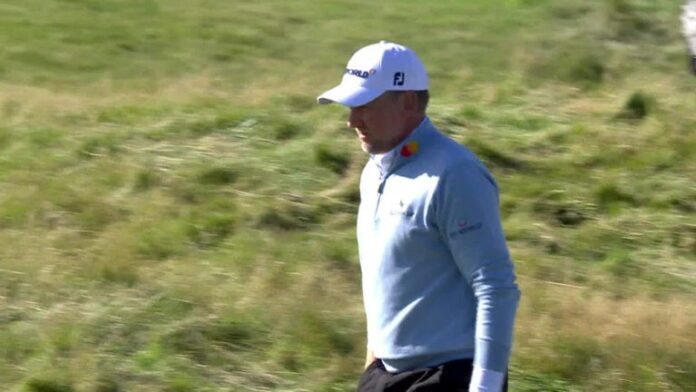 Lucas Herbert holds a one-shot lead over Robert Rock at the halfway stage of the Aberdeen Standard Investments Scottish Open, with Ian Poulter and Lee Westwood in the chasing pack.

Australian Herbert followed an opening-round 66 with a six-under 65 on Friday morning at The Renaissance Club to top the leaderboard in the Rolex Series event, with Rock his closest challenger after a bogey-free 67.

The players out late on Thursday and early on Friday benefitted from the best of the scoring conditions, with Poulter among those to take advantage by carding a second-round 66 to join overnight-leader Westwood two off the pace.

“I’m pretty happy,” Herbert said. “To be honest I turned up here on Wednesday and hit it all over the place. Not really expecting too much the last few days, but it’s kind of all come together nicely.”

Beginning on the back nine, Herbert followed four straight birdies from the 11th by picking up a shot at the 18th, before bouncing back from his only bogey of the day at the fourth to make gains at the fifth and seventh and set the clubhouse target.

Rock, playing alongside Herbert, made a hot start by birdieing the par-five 10th and matching the leader’s birdie at the 14th, with back-to-back gains from the fifth ensuring the pair will play together again in the final group on Saturday.

Westwood, looking to follow on from his opening-round 62, birdied the 10th but missed close-range putts for par over his next two holes, with another bogey at the par-five 16th seeing him turn in 37.

The former world No 1 followed a 10-foot birdie at the second with another at the par-five next, before cancelling out a bogey at the fourth with a penultimate-hole birdie to close a level-par 71.

Playing-partner Poulter mixed six birdies with a sole blemish to also get to nine under and bolster his hopes of a first European Tour win since 2012, with Mike Lorenzo-Vera three strokes back in fifth spot and Pablo Larrazabal a further shot adrift after a round-of-the-day 64.

Craig Lee leads the 15-strong Scottish contingent and is alongside Larrazabal in the group tied-ninth, while Tommy Fleetwood – the highest-ranked player in the field – heads into the weekend within six of the lead after a five-under 66.

Defending champion Bernd Wiesberger is through to the weekend after rounds of 70 and 69, but former Open champion Paul Lawrie ended the final regular European Tour event of his career with a second-round 79.