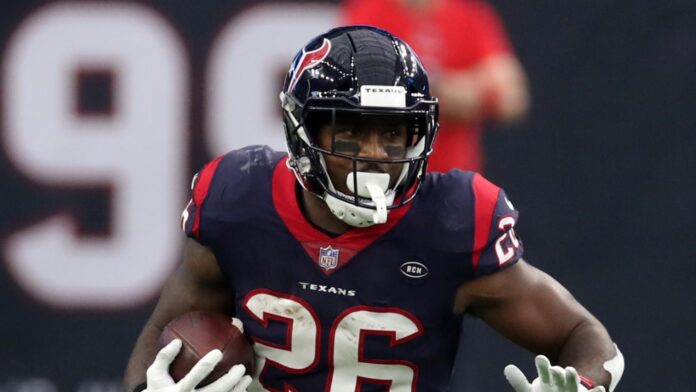 The Chicago Bears are poised to bolster their backfield depth as they are reportedly expected to sign veteran Lamar Miller.

The NFL Network reported Friday that the 29-year-old, a two-time 1,000-yard rusher, will join the Bears’ practice squad upon signing.

Miller worked out for the team earlier this week, according to reports, as the Bears search for help at running back following the season-ending torn ACL suffered by Tarik Cohen in last Sunday’s win at Atlanta.

Chicago’s current starter, second-year back David Montgomery has posted a team-high 43 carries in three games with 191 yards. He has not scored a rushing touchdown, but has one receiving score. Chicago has also elevated rookie running back Artavis Pierce to the active roster.

Miller has not played since the 2018 season while with the Houston Texans. He missed the entire 2019 campaign after suffering a torn left ACL during a pre-season game. He spent this summer trying to return with the New England Patriots, but was cut shortly before Week 1.