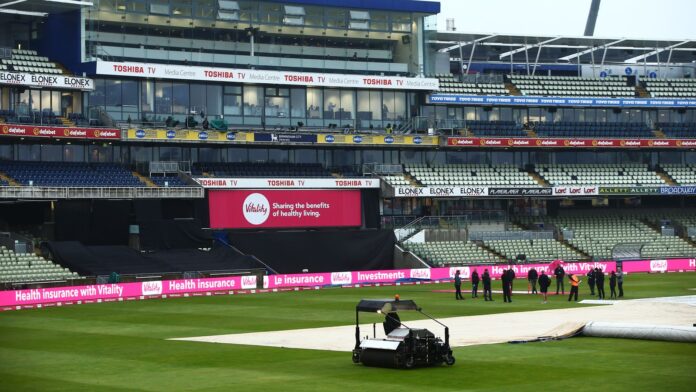 Vitality Blast Finals Day could stretch into a reserve day for the first time in its 18-year history after rain delayed Saturday’s action at Edgbaston.

Surrey and Gloucestershire were set to met in the first semi-final from 11am but that was pushed back due to a saturated outfield, with more wet weather expected to arrive.

Nottinghamshire and Lancashire are poised to clash in in the second semi-final final before a planned final on Saturday evening under floodlights.

The four sides may have to try again at the same venue on Sunday when even more rain is forecast.

Should the weather stop even the shortest possible games being played – five-overs-a-side – then winners will be decided via bowl-outs.

Read how Notts, Lancs, Surrey and Gloucs made Finals Day