Home Sport Sale vs Worcester off after positive coronavirus tests 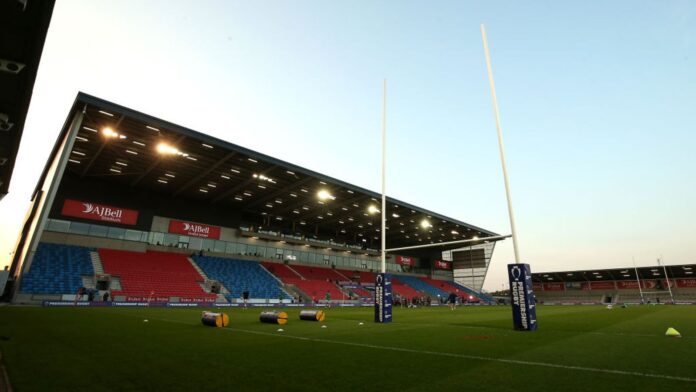 Sale had issued a statement on Friday saying they hoped the game would go ahead under coronavirus protocols but following discussions with Premiership Rugby and public health officials it was confirmed the fixture – which had been scheduled for Sunday – will not take place.

Sale are currently in fourth position and were one of four clubs chasing the final three play-off places.

“Following the announcement yesterday that there had been a number of positive tests at Sale Sharks, as part of the League’s CR COVID-19 screening programme, Premiership Rugby has made the decision under Premiership Regulation 4.1 (c) to postpone the Sale Sharks v Worcester Warriors fixture until Wednesday 7 October,” a Premiership Rugby statement read.

“This decision has been made after consultation with Sale Sharks, Worcester Warriors and Public Health England to ensure that the health and wellbeing of all players is protected whilst protecting the integrity of the competition.”

Title-favourites Exeter are already through to next week’s semi-finals, but Sale, along with Wasps, Bath and Bristol are also in contention.

There may also be implications for Northampton’s trip to Gloucester, as Saints played Sale at Franklin’s Gardens on Tuesday evening.