Home Sport Burton to be retested for coronavirus 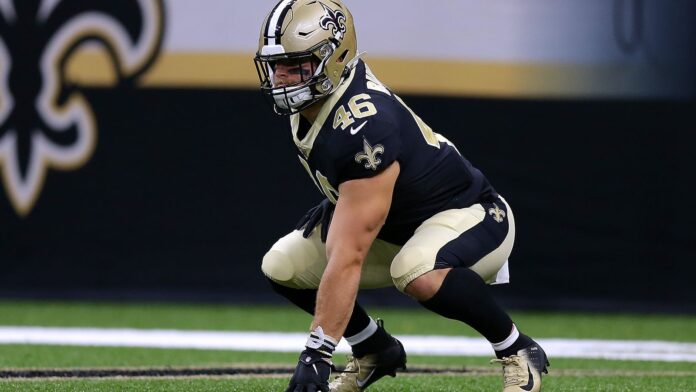 New Orleans Saints fullback Michael Burton tested positive for coronavirus in Detroit on Saturday night and is being retested in an effort to confirm the diagnosis.

The NFL is also testing his close contacts as he flew with the team to Detroit. USA Today reported one of the four players being tested because of close contact is star running back Alvin Kamara. The Saints are scheduled to play the Lions at 6pm on Sunday.

Positive COVID-19 tests have already impacted two other games this week. Numerous positives among the Tennessee Titans caused the NFL to postpone their game with the Pittsburgh Steelers from Sunday to Week 7, and the NFL has pushed the game between the New England Patriots and Kansas City Chiefs back to Monday or Tuesday after positive results on both teams.

Quarterback Cam Newton was the only Patriots player who tested positive, as of Saturday night, and the team officially placed him on the COVID-19 reserve list.

The NFL had not seen any game times or dates impacted by COVID-19 through the first three weeks.

Coincidentally, the Saints on Friday asked New Orleans mayor LaToya Cantrell to allow fans (approximately 25 per cent of capacity) to attend the team’s game in the Mercedes-Benz Superdome on October 12.

NFL commissioner Roger Goodell also emailed the mayor asking for the same, according to a letter written by the Saints to season-ticket holders.