Home Culture Samantha Morton ‘incredibly sorry’ as she opens up about criminal record as... 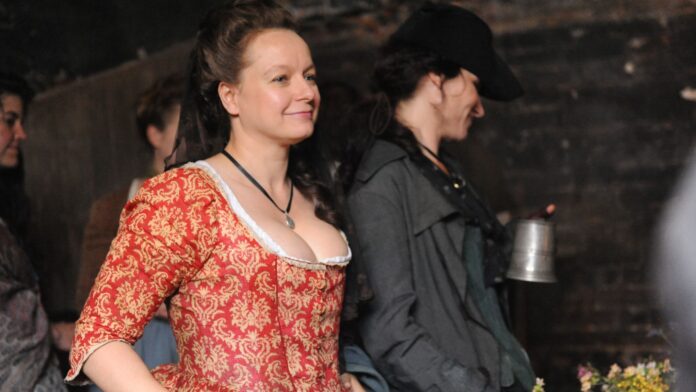 Actress Samantha Morton has said she is “incredibly sorry” as she spoke about being charged with attempted murder as a young teenager.

The Oscar-nominated star spent a significant portion of her upbringing in the care system.

The 43-year-old previously revealed she was charged with attempted murder at 14.

She was convicted after threatening to kill an older girl with a knife who was bullying her in the care home.

Remembering the incident during an appearance on BBC’s Desert Island Discs, she said she attended a rave, had taken drugs, and came home to find a nine-year-old boy had been “pimped”.

The BAFTA and Golden Globe winner said she “snapped” – suspecting the girl was guilty.

She said: “I snapped and said I was going to kill her. I didn’t harm her, I didn’t touch her but I said those words. And I regret it and I am sorry and I was sorry to her.”

The mother-of-three, whose roles include Oscar-nominated Woody Allen’s 1999 comedy Sweet and Lowdown and the 2003 drama America, said she spent three days in solitary confinement – in an adult cell.

“I was mortified,” she said.

She added: “And I’m sorry to her. We were all abused. She was a child herself. Nobody looked after us properly. We were rioting in that home because they were locking the fridges at night.

Morton also said: “I am incredibly sorry. But it wasn’t just like self-defence. I was angry at the system.” She said she wanted to “put the record straight a little bit”.

Morton said her strong faith in God helped her get through the testing periods in her life.

She said: “When I was little I did get very confused with my relationship with faith but I always felt loved.

“And in the same ways I look at my children and I know I love them, and it’s so enormous and it’s so overwhelming and it’s so huge, that’s the love I feel from God.”

Morton went on to say: “And so when you’re small or if you’re in pain or in a very, very, tough situation, by accepting that love and allowing that love, the most amazing, transformative things can happen to you.

“So that’s how I think that I was able to survive, I suppose.”