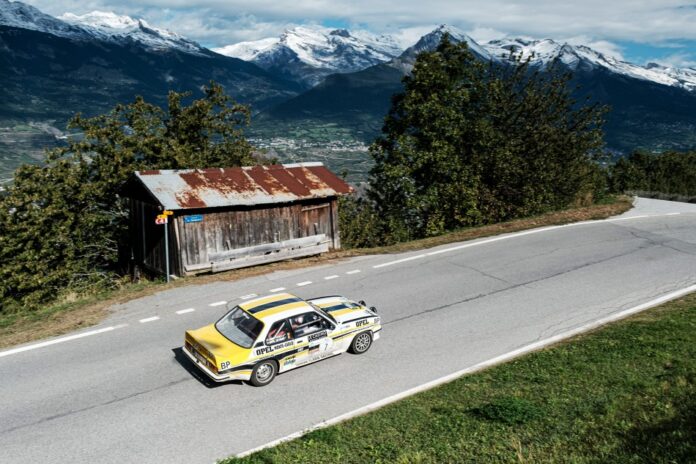 On the final day of the Alpine Challenge in Switzerland, the no7 Opel Ascona 2000 of Belgian crew Michel Decremer and Patrick Lienne continued to lead the way, finishing the event at the head of the classification with 860 net penalty points (86.0) and lifting the 2020 FIA Trophy for Historic Regularity Rallies.

After the heavy snow on Day 2, the final day dawned with bright sunshine in the Swiss Alps.  However, the bad weather still had it’s say when Stage 18 was cancelled due to a fallen tree.  The other four stages on the last day went without any issues and the results were declared after the final car had returned to Rally HQ at Villars-sur-Ollon.

Second place went to the no3 1965 Morris Mini Copper S of Belgian pairing Jean-Jacques Martens and Aswin Pyck, who finished the day on 1073 net penalty points (107.3) after was the lead car on stage 17.

The no8 1981 VW Golf GTi of Maurizio Aiolfi and Debora Guglieri consolidated there Day 2 position to take third overall at the end of the final day on 1169 penalty points (116.9).

The best performance of the day went to the no1 1954 Triumph TR2 Longdoor of Paolo Marcattilj and Francesco Giammarino, the Italians gaining a near perfect 1.4 penalty points on stage 19.