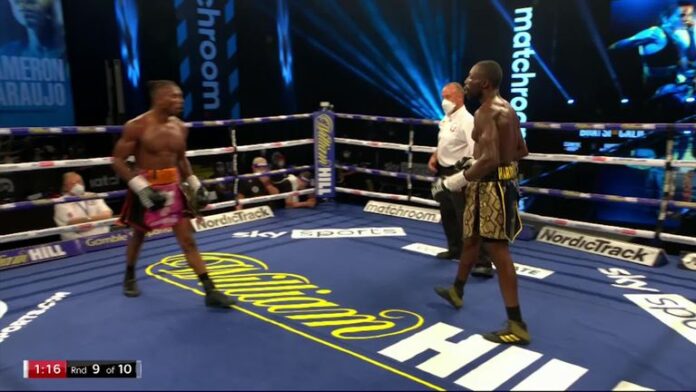 Alen Babic blasted out Niall Kennedy in the third round as ‘The Savage’ continued his destructive progress as a heavyweight contender.

The Croatian was extended into the third round for the first time, but swiftly finished off Kennedy with an explosive assault to bring up his fifth straight knockout win.

Charging out from his corner, Babic unloaded a barrage of early hooks, and Kennedy had to withstand clubbing shots in the opening round.

Kennedy wilted to the canvas in the second, with the referee ruling out a knockdown, but Babic continued to hammer away with brutal punches from both hands.

A short, savage hook sent Kennedy toppling to the floor in the third and Babic ruthlessly followed up with more sustained shots to force the referee’s intervention.

In the opening bout of the bill, Linus Udofia stopped John Harding Jr in the ninth round to retain his English middleweight title.

Udofia gradually broke down the spirited resistance of Harding Jr, who was floored by a right hand and complained angrily after the fight was waved off.

On a packed night of action, Aqib Fiaz sealed a stylish points win over Kane Baker to settle their heated lightweight feud.

Baker had voiced his dismay when Fiaz was forced to pull out of a summer fight through illness, but the Oldham man had the final word, triumphing with a tally of 77-75.

The crisp, cleaner work from Fiaz caught the eye of the judges, despite a determined late rally from Baker.

Hedges received a sterner than expected challenge from a fired up Ardon, but the 18-year-old emerged victorious with a 39-37 verdict.