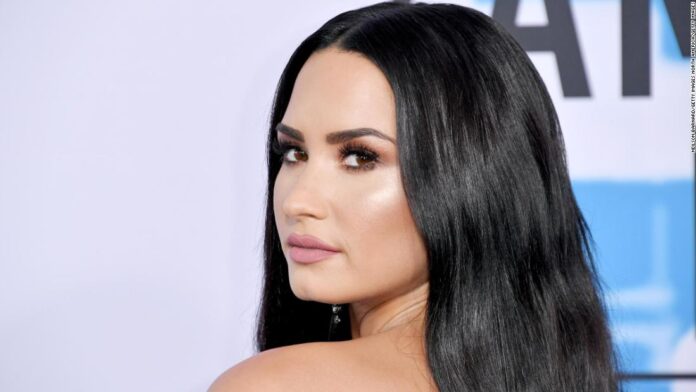 That’s why her new song, “Commander in Chief,” is directed toward President Donald Trump, calling out his response to racial injustice, the Covid-19 crisis and more.
Lovato, 28, spoke to CNN in a recent interview about the song and its message.
“There’s been so many times that I’ve wanted to write the President a letter or sit down with him and ask him these questions,” she told CNN. “And then I thought, I don’t really actually want to do that and I thought one way that I could do that is writing a song and releasing it for the whole world to hear and then he has to answer those questions to everyone and not just me.”
In the song, which Lovato co-wrote, she sings “Do you even know the truth/We’re in a state of crisis/People are dying/While you line your pockets deep/Commander in Chief/How does it feel/To still be able to breathe?”
Lovato said she’s not looking to stoke division with the lyrics but hopes to encourage her supporters to stay engaged in the political process and vote in next month’s election.
“We have to turn up and vote because it’s so important that our voices are heard. And, honestly, for me, whether you are a Republican or Democrat, just get out and vote.”
Lovato will perform the song for the first time at the Billboard Music Awards Wednesday night.
The President has been known to take aim on Twitter at entertainment figures who have been critical of him, but Lovato isn’t concerned about potential controversy.
“Bring it on,” Lovato said. “Prove to them you’re exactly who I said you are in the song. Just do it, go for it.”
Lovato said she has made a conscious choice to use her voice on social media to call out injustice, part of a growing wave of artists who are more politically outspoken.
“You’re damned if you do, you’re damned if you don’t. You can list Taylor Swift as a perfect example of that exact saying … for years she got trashed because she wasn’t taking a stance and wasn’t standing up for these rights and she kind of took a back seat and now she’s become very political and there are people that are unhappy with that too. It’s just, like, you have to live what feels authentic to you. To me, that’s using my platform to speak out about the things that I see that are wrong.”
Lovato is also an advocate for The Mental Health Fund, which supports organizations dedicated to offering crisis counseling during the pandemic. Just last month she released a music video with Marshmello for their song “OK Not to Be OK” hoping to break down the stigmas surrounding mental health.
“I’m a very social person and so not being able to see people, I’ve felt very isolated at times and my anxiety and depression has come back in waves and luckily I’ve done a lot of work and I have tools to help me out with that. But there are a lot of people who don’t have those tools,” she said.
Her advice to those having a difficult time right now is to try to be of service to others and don’t be too hard on yourself.
“Just have compassion,” Lovato said. “Know that you’re not alone, that a lot of people are going through exactly what you’re going through as well.”