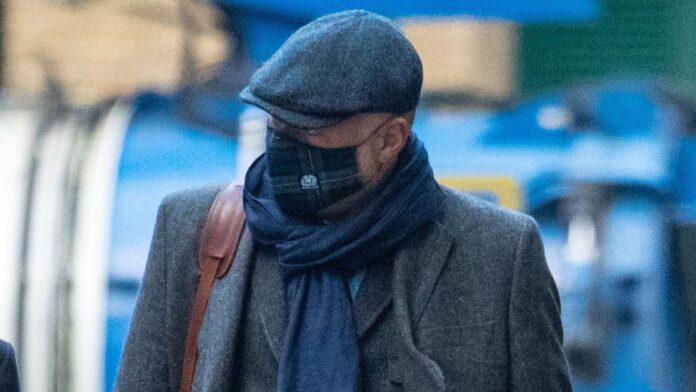 One of John Leslie’s female friends apologised for his behaviour after he allegedly sexually assaulted a woman at a Christmas party, a court has been told.

The former Blue Peter presenter is on trial accused of making a “solid grab” of the woman’s breasts at the event in London’s West End in 2008. He denies sexual assault.

On the second day of the hearing at Southwark Crown Court, a friend of the complainant who also attended the party gave evidence.

She told the court she could not “be exactly sure” what she saw, but that she “certainly heard” the “aftermath of what happened” and the “shock” from the complainant.

Leslie, now 55, sometimes got “over-excited”, the witness told the trial she was told by his friend. She said his demeanour did not change after the alleged incident.

“He was still very excitable and very happy to be there, but there seemed to be a sudden shift of atmosphere from [the complainant],” she said. “And there was almost disbelief and sort of a galled feeling.”

The witness added: “Not long after, she [the complainant] said something along the lines of, ‘Did you see that?’ or ‘Can you believe that happened?’, or something like that.”

A woman who attended the party with Leslie, who she believed might have been an old friend, later approached her towards the end of the evening and apologised for his behaviour, the witness said.

“The gist was, ‘Sorry about John, he’s very excited to be here, it’s been a long time since he has been to a party like this and sometimes he just gets over-excited and goes over the top’.”

The witness told the court she placated the companion “in an ‘I’m sure it’s okay’ kind of way, rather than challenging” her.

Leslie, who appeared on Blue Peter between 1989 and 1994 and also presented Wheel Of Fortune and This Morning, is accused of grabbing the complainant’s breasts and laughing. During the first day of evidence, the woman told the jury she was left feeling shocked.

The court has been told she did not make a complaint at the time as she did not think it would be taken seriously, but decided to contact police in 2017 after the #MeToo campaign had become prominent.

Leslie, 55, who has an address in Edinburgh, denies sexual assault by intentionally touching the woman without her consent on 5 December 2008.