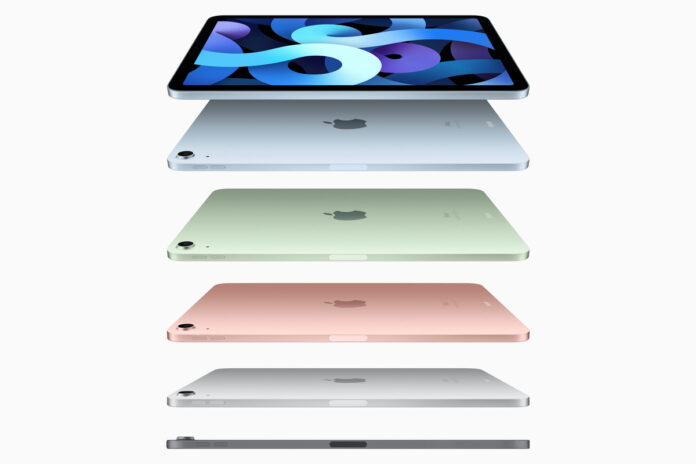 While most people are trying to decide which iPhone 12 color or model they want, it’s not the only new Apple device on sale today. Apple has also begun accepting orders for the new iPad AirRemove non-product link, with delivery for next Friday.

Apple launched the iPad Air alongside the Apple Watch Series 6 at its Time Flies event in September, but didn’t announce a release date other than “next month.” It sells for $599, $100 higher than the previous generation.

The fourth-generation iPad Air represents a dramatic overhaul for the mid-range tablet, with no home button and an iPad Pro-inspired redesign. It has a 10.9-inch display, up from the 10.5-inch screen in the previous model, and no home button. However, instead of Face ID, it has a new Touch ID sensor built into the top power button.

The new iPad Air also has the same A14 Bionic chip that’s in the new iPhones, as well as support for the second-gen Apple Pencil and the new Magic Keyboard. It’s also the first iPad to come in a variety of colors, including sky blue and green. Apple is currently estimating Friday, October 23 deliver for the Wi-Fi models and Nov. 6-11 for the cellular models.