Home Lifestyle LaMelo Ball Does Whatever He Wants. That’s Why He Just Signed With... 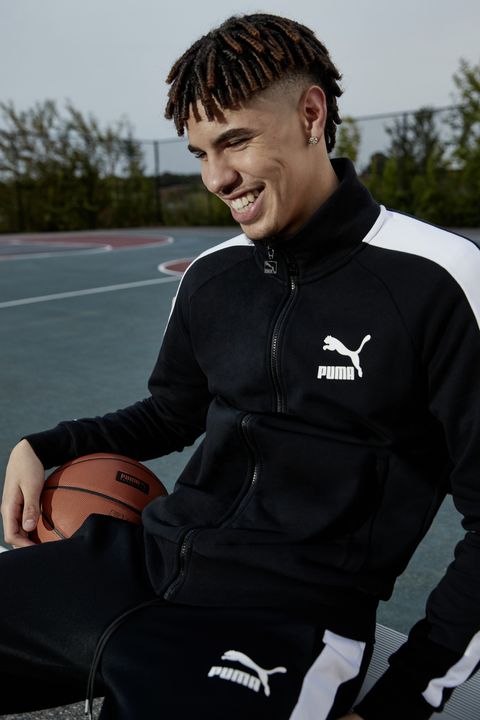 “I’m a one of one,” LaMelo Ball says. “I do whatever I want.” Ball speaks in the kind of self-assured tone you might expect from a 19-year-old prodigy who’s years ahead in his craft. But though the top NBA prospect projects confidence, it’s mixed with the greenness of a college freshman who’s wide-eyed about what he’s about to encounter in his career and in life.

If you’ve ever been a 19-year-old before, you surely can relate to that particular blend of swagger and inexperience. However, not many people at that age own a pro-sports team they once played for, or were thrown into the spotlight by outspoken celebrity parents, or, for that matter, were offered large-scale endorsement deals before playing a single game in the NBA.

Ball’s first major move in sneakers (since becoming the youngest person to have a signature shoe in the ill-fated Big Baller Brand Melo 1) was to ink a partnership with Puma. Early reports on the deal rumored it to be worth $100 million—plus a private jet. Puma’s Global Director of Brand and Marketing, Adam Petrick, was able to shed some light on those rumors. He declined to confirm the value of the contract, but did offer up some details about the plane.

“Puma does have a jet that we use for many of our players and, of course, he’ll have access to that jet,” Petrick explains, adding that monetary details of all endorsements are confidential. “The value of our contracts sometimes comes down to agents inflating dollars, and that’s okay. It is what it is and it’s part of the culture.”

Petrick, who was also responsible for the brand partnering with the likes of Rihanna, Jay Z, and others, said the interest in LaMelo was driven by the player’s youthful exuberance and rebel attitude. “Melo doesn’t want to be seen in the same light as everyone else, and he gravitates towards the idea of not being normal,” Petrick says. “He doesn’t want to be every other player that’s out there, and I think that Puma reflects that.”

Ball, who had a wide breadth of sneaker brands to choose from, including his own family’s BBB, said running with Puma was a better platform for him. His older brother Lonzo started his career as the face of BBB, but then defected to sign with Nike in 2019 after BBB’s co-founder was allegedly involved in, well…some stuff, which you can read about further here. 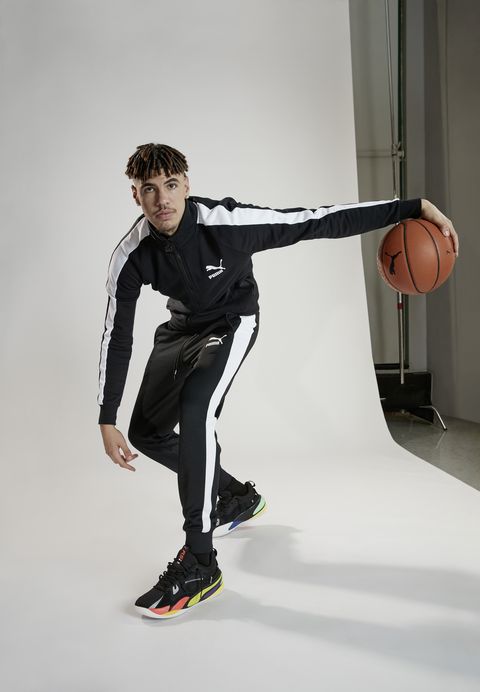 Ball decked out in Puma gear.

“My brother gives me advice every day, and he told me to pretty much take it all in,” LaMelo says of Lonzo, who never got to take meetings with any other sneaker brands before he entered the league. “With everything Puma is doing in the culture, it just fit me and what I was trying to do.”

Although Puma has roots in basketball dating back to the ’70s, it just re-entered the category two years ago. For its hoops renaissance, Puma mainly focused on signing younger, up-and-coming players like Kyle Kuzma and Michael Porter, Jr. It’s also been making moves in the culture around the game, like hiring Jay Z to be the creative director of Puma Basketball and signing rapper J.Cole to an endorsement deal.

“We’re trying to be more than typical on-court performance,” Petrick says. “Performance is obviously the basis of everything, but for us it’s about culture. It’s about style. It’s about what happens beyond the court that makes Puma different, and I think that seems to match Melo.” 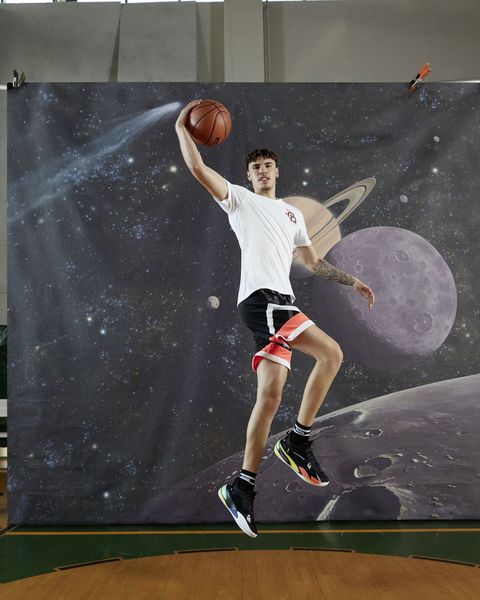 Petrick added that he definitely can foresee signature LaMelo products coming down the line, with the plan to establish the player both on and off the basketball court. “It’s gotta be something that’s me and helps me express who I am,” Ball says of what he wants a potential LaMelo x Puma collection to look like.

For Puma, the move to sign 2020’s potential top NBA Draft Pick is part of a bigger strategy in the sport over the next few years. While there may seem to be a large gap between Puma Basketball and where Nike, Jordan, and Adidas are in hoops, Petrick sees an opportunity for the brand to be free to tread its own path.

“It’s great to be in a position where we really don’t have to look over our shoulders,” he said. “We can do whatever we want to shake things up, and really have a challenger mentality.” Just, as it happens, like LaMelo Ball.