Home Lifestyle Personal Style Is Thriving. Nature Is Healing. These Guys Are Proof. 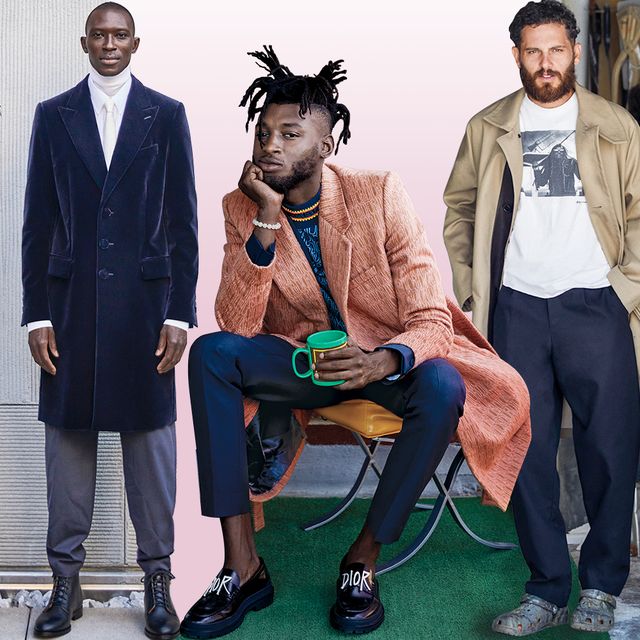 Photographer Bill Gentle—the New York-based Brit who shot the story you’re reading right now—built a successful career over the last 12 years from the germ of an idea that went on to influence the whole men’s style scene.

“I was trying to be a fashion photographer and it wasn’t going so well,” he explains. “Then I moved into an apartment in Williamsburg with a big backyard and I thought I’d set myself the challenge of shooting friends and people I met, just within the confines of my backyard. Frankly it got kind of boring after about three shoots, so I migrated to shooting in their backyards and soon I was shooting all over the place.”

That’s the origin story of Backyard Bill, the influential style blog (remember when blogging was everything?) that Gentle launched in 2008. The idea was to capture and promote a new language that showed style could be personal and original, miles away from the unreality of a fashion runway. “It was actually about people in their own clothes,” he says. “And honestly, I think we’re still feeling the effects of that whole movement.”

For Esquire, that approach translated to Gentle traveling from garages to driveways to, yes, backyards all around New York over the course of a week, shooting the 10 style-savvy men featured in this profile. But despite the new realities of 2020, it felt to Gentle like retracing his first steps in the world of photography. Because as much as things change, the core values are the same.

“You know, authenticity is everything right now,” he says. “I don’t see my friends being flashy these days. I see them all looking for their own style in a more toned-down way than before.” It’s a style POV—and a state of mind—we would all do well to emulate.

Jacket, turtleneck, and trousers by Givenchy; loafers by Jimmy Choo.

Coat and trousers by Versace; sweater by BOSS; boots by Tod’s; hat, ring, and glasses, his own.

Jacket by Paul Smith; shirt by Hermès; trousers and shoes by Salvatore Ferragamo; hat, ring, and glasses, his own.

Suit and turtleneck by Ermenegildo Zegna; sandals, his own.

Coat by Massimo Alba; jacket, shirt, and jeans by Boglioli; shoes by Santoni.

Shirt and jeans by Saint Laurent by Anthony Vaccarello; boots by Giuseppe Zanotti.

Coat, jacket, turtleneck, and trousers by Brioni; shoes by Santoni.

Coat, shirt, trousers, and tie by Prada; shoes, stylist’s own.

Coat, jacket, turtleneck, and trousers by Hermès; shoes, stylist’s own.

Jacket and trousers by Hermès; T-shirt and shoes, his own.

Coat and turtleneck by Brioni; trousers by Hermès; shoes by Adieu.