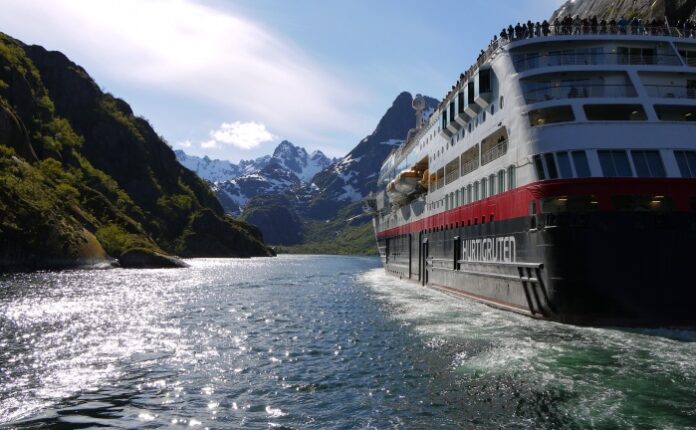 Cruise line Hurtigruten will reorganise its global operations as the sector battles back from the Covid-19 shutdown.

The company plans to establish a separate expedition entity, separating it from activities in Norway.

“For the second half of 2021 and beyond, we are seeing a strong demand across all markets and all destinations, including the Norwegian coast, the Arctic and Antarctica,” he said.

Hurtigruten Expeditions will offer cruises to more than 250 destinations from pole to pole, ranging from the Northwest Passage, Greenland, Norway, Svalbard and the British Isles to the Caribbean, South America and Antarctica.

Asta Lassesen has been appointed chief executive of the new venture.

The expedition cruise entity will operate a fleet of eight small-size, custom-built ships.

Starting in 2021, Hurtigruten will be offering several new itineraries – including year-round departures from the United Kingdom and Germany, as well as a full Alaska season.

Also from next year, Hurtigruten Norway will offer a Scandinavian coastal trips with seven custom-built ships.

A chief executive is yet to be named.

Operating the Norwegian coast continuously since 1893, Hurtigruten has greater and more in-depth experience on the spectacular coastline than any other cruise line.

“The Norwegian coast is our home.

“No one knows Norway like Hurtigruten, and from northern lights, the midnight sun, wildlife and local communities, there is no better way to experience authentic Norway than with Hurtigruten.

“We have pioneered the Norwegian coast for more than a century.

“But the best is yet to come,” Skjeldam concluded.