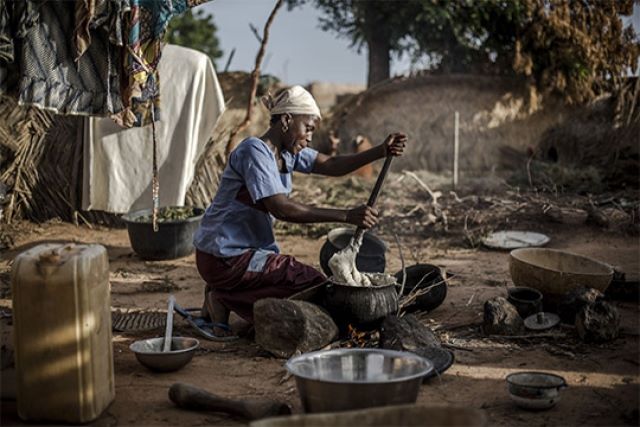 Three UN agencies are calling for greater stabilization efforts and assistance to the most vulnerable in Burkina Faso, Mali and the Niger by bridging the gap between humanitarian and development interventions, on the eve of an international Ministerial Roundtable in Copenhagen on the Central Sahel.

An estimated 7.4 million people in the three countries of the Central Sahel do not know where their next meal will come from. Compared with the five-year average, acute food insecurity has increased by 225 percent in Burkina Faso, 91 percent in Mali and 77 percent in Niger.

A recent upsurge in fighting has added to the woes of people who are already highly vulnerable to climate shocks. Many people have been forced to abandon their fields and livelihoods, and move to host communities who themselves feel immense challenges. The number of internally displaced persons (IDPs) in the region has risen from 70 000 to nearly 1.8 million in less than two years.

Helping the physically disabled in Afghanistan: a lifetime’s work

COVID-19 Vaccine: Ensuring that people affected by armed conflict are not forgotten