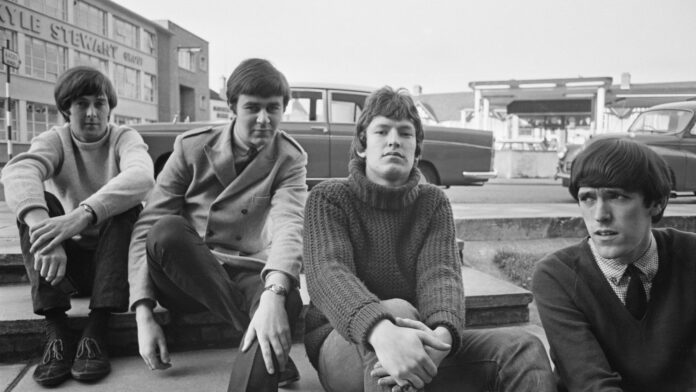 Singer and musician Spencer Davis, who founded The Spencer Davis Group, has died while being treated for pneumonia, his agent has said.

The star, who had hits with songs including Keep On Running and Gimme Some Lovin’ in the 1960s, died in hospital, aged 81.

As fans paid tribute on social media, Bob Birk, his agent of more than 30 years, said in a statement sent to Sky News: “He was a very good friend.

“He will be missed.”

Radio Caroline presenter Suzy Wild also tweeted: “I’m so very, very saddened to learn of the passing of Spencer Davis. He was such a lovely man, generous and kind, warm and funny, and will be much missed. RIP dear Spencer.”

And the actor Philip Martin Brown tweeted: “#RIP Spencer Davis. Such happy memories of Northern Soul dancing to This Hammer.”

Born in Wales, Davis formed his group in Birmingham in 1963, alongside Steve Winwood on keyboard and guitar, his brother Muff Winwood on bass, and Pete York on drums.

The BBC reported that the group was originally called The Rhythm & Blues Quartette, but changed their name when Muff highlighted that Davis was the only one who liked doing media interviews.

According to the Official Charts Company, the band topped the UK singles chart twice, with their breakout hit Keep On Running and Somebody Help Me, and had seven top 40 singles and three top 10 albums.

When Keep On Running – a cover of a song by West Indian performer Jackie Edwards – led UK charts in 1966, it overtook double A-sided Beatles single We Can Work It Out/Day Tripper as number one and the band sent a congratulating telegram to Davis.

Gimme Some Lovin’ famously featured on the soundtracks of films The Blues Brothers and Notting Hill.