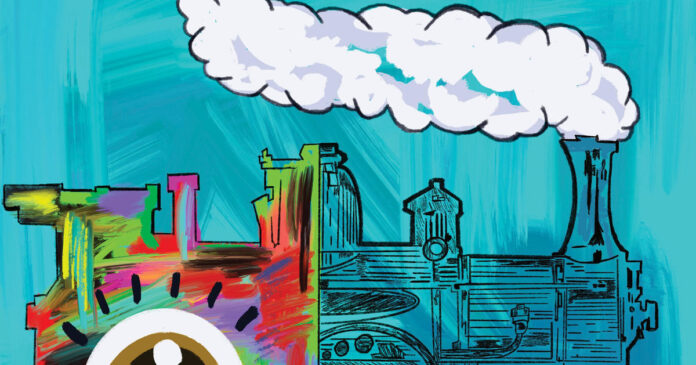 The deaths of George Floyd, Ahmaud Arbery, Breonna Taylor and many others have sparked nationwide protests in 2020, the likes of which have not been seen in the U.S. for decades. As the police killings of Black Americans have galvanized support for Black Lives Matter, calling for police reform and racial justice, musicians are looking to supply the soundtrack for the movement.

To that end, Disney Music Group has partnered with ESPN’s The Undefeated to produce a new EP titled “I Can’t Breathe/Music for the Movement.” The four-track EP features covers of three legendary protest songs and one original track put together by eclectic acts, from producer Terrace Martin to rap star Rapsody.

“I can’t breathe” were the last words uttered by Eric Garner when he was placed in a chokehold by an NYPD officer back in 2014. The phrase has since become a rallying cry used in protests and emblazoned on face masks, T-shirts and signs. Jathan Wilson, the creative director and A&R representative for the EP, told CBS News the phrase speaks to the movement at large.

“It really does seem to be one of the main rallying cries for this movement and so it just felt like the right one,” said Wilson. “It was the one that stood out the most.”

Protest songs, used to draw people together while inspiring them to take action or reflect on the times, have long been a part of movements for cultural and political change. In the 1950s, artists of color made music with roots in gospel, blues and jazz that became known as the soul and rhythm and blues movement. Their songs helped voice the black side of the civil rights movement, giving activists a new way to express both hope and frustration.

“I Can’t Breathe/Music for the Movement” reimagines three of these historically significant songs — along with one original — by and for Black America with contemporary artists and producers who both embody the spirit of the original music and are agents of change in their communities.

Terrace Martin and Robert Glasper were the producers behind the reimagining of The Impressions’ 1965 hit “People Get Ready.” The duo helped bring new life to a song that was released 55 years ago during a time of civil unrest in America, when the country was in turmoil over race relations.

Each song is accompanied by artwork created by Black artists. Al-Baseer Holly, the artist who worked on the cover of “People Get Ready,” says he took the original artwork into account when creating his interpretation. He told CBS News he thought the use of a conductor car was important to keep, while adding color and his signature “third eye.”

“My name means the all seeing eye, and I incorporate that into all of my art,” Holly explained. “Colors are important to me being an artist, and I just wanted to make sure that it makes people happy when they see it. Even though the topic is a little bit heavy, I wanted it to be a good mix.”

The album is not only an ode to the social justice movements of the past and present, but a call to action ahead of Election Day.

Rapsody, who wrote the EP’s opening track and only original song, “Pray Momma Don’t Cry,” told CBS News that her experience growing up in Snow Hill, North Carolina, allowed her to see the importance of voting locally. She says it’s not about being a Democrat or a Republican, it’s about policy and laws.

“I vote on policy, and what’s going to help my community. Whether it be health care, judges or train extensions in my community, those are the things that you have to think about” she explained. “It’s so much bigger than the presidency. If we don’t vote, we don’t get a say in whether our school district gets funding for more textbooks which our children need. Those are the things that I think and care about. No matter how I feel about politics right or wrong, me voting directly affects my community and what happens.”

“I wanted to humanize that emotion of when you lose someone or when someone is taken from you and taken from you at the hands of police,” she said. “And I thought about families that bring children into this world, knowing that they’ll have to have these tough conversations with these kids at young ages.”

Martin echoed many of Rapsody’s sentiments.

“Everything is at stake, the Earth is at stake right now,” Martin told CBS News. “Between the pandemic, elections and brothers being murdered on camera and police officers being able to go home to their families at the end of the day, things have to change. That’s why this election is so vital. I tell all my homies that really weren’t familiar with voting to at least vote so we can start even trying to make a change. This is getting deep and it’s very important.”

Raina Kelley, managing editor of The Undefeated, told CBS News the publication is just beginning to reckon with this moment. She also revealed more albums and music are coming to help empower the movement.

“We want to continue exploring, not just the wealth of songs that we still have that speaks to this moment, but we need to speak to the moment that hasn’t happened yet,” she said. “A continuation of that urge to explore, innovate and communicate Black genius in the very hard moment for black people. If not a new beginning then new explanations and perspectives.”