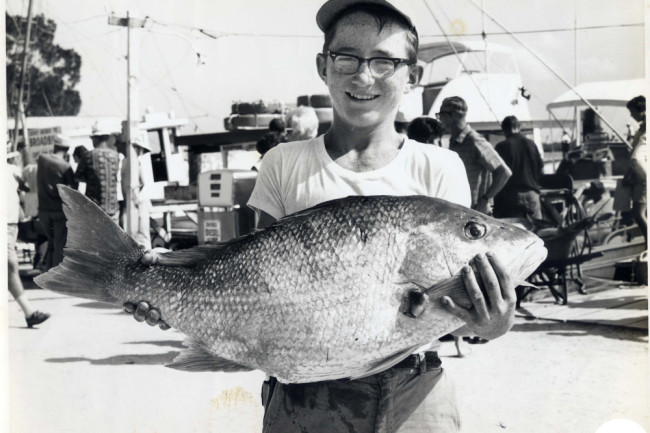 Citizen Science Salon is a partnership between Discover and SciStarter.org.

Rusty Hudson grew up on the salt-laden docks of Daytona Beach, Florida. As a third-generation fisherman, he naturally took to the industry. When he was just 9 years old, Hudson started his first job as a bait boy aboard the Mako, a charter boat owned by his grandfather, Captain Jake Stone.

By the late 1960s, he was working regularly on his family’s fishing boats. While guests prepared to shuffle aboard the boat to pursue a myriad of fish species, including snappers, groupers, jacks, mackerels, and dolphinfish (mahi-mahi), Hudson busied himself with bait prep. On days that the Mako hosted a small party of fishermen, the boy would get to pick up a rod and join them. And after customers returned to the dock from a day of fishing with Hudson, his grandfather and the crew, they would pose with the captain and their catch to commemorate the day. Each photo created a record of the catch, the people, and the experience, a memento for the family photo album.

Years later, these historic photos are providing more than just memories of a fun day fishing on the water. Hudson realized how valuable his family’s photos could be in re-creating the catch from the 1940s to 1970s — a time before scientific monitoring programs collected data on recreational and for-hire fisheries. “I felt the for-hire pictures of the past could illustrate the range of fishing conditions and catches to fishery scientists and managers,” Hudson says. Knowing more about the fisheries of the past could help all of us better understand the health of fish populations today. 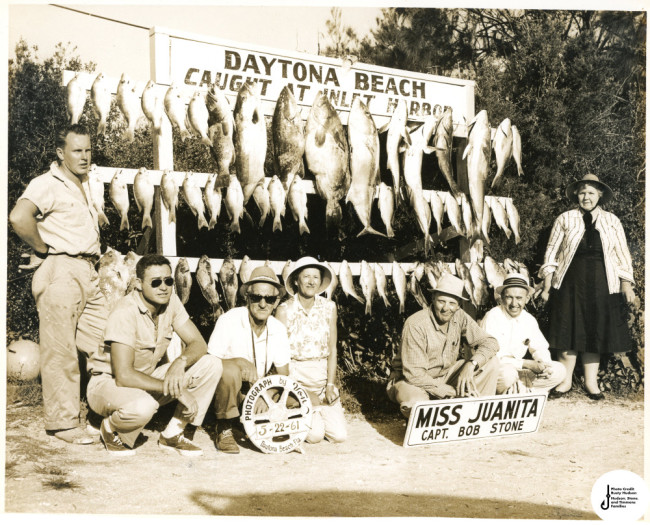 Thanks to citizen scientists, researchers are learning about how fisheries have changed in the past half century by studying an archive of family photos taken after sport fishing trips. (Credit: Rusty Hudson/Hudson, Stone, and Timmons Families)

The idea for the FISHstory project was hatched over a decade ago when Hudson participated in a stock assessment for red snapper in the South Atlantic. As his family’s informal historian, he had amassed an archive of hundreds of historic photos from his family’s fishing fleet. When he showed the photos to scientists, it kickstarted discussions about the insights these photos might unlock. The value of these photos was evident to all, as they represented one of the only data sources available to document recreational and for-hire catches from this historic time period. However, analyzing hundreds of photos can be labor intensive — so there were challenges in getting a project off the ground.

Enter the South Atlantic Fishery Management Council’s (SAFMC) Citizen Science Program. Headquartered in Charleston, South Carolina, the SAFMC is responsible for the conservation and management of fisheries in federal waters from North Carolina through the Florida Keys. The SAFMC’s Citizen Science Program was developed over the course of three years with guidance from a wide array of stakeholders and partners. The program works with fishermen, scientists, and managers to co-create citizen science projects that align with the SAFMC’s research needs. Working with Hudson and NOAA Fisheries scientists, the SAFMC’s Citizen Science Program created a project to work with volunteers — or citizen scientists — to help analyze the historic photos. They called it FISHstory. 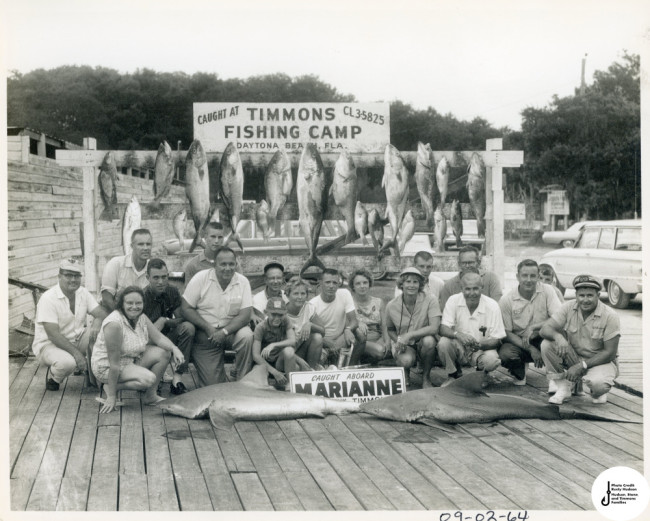 This haul of fish was caught on the Marianne off Daytona Beach, Florida, in 1964. (Credit: Rusty Hudson/Hudson, Stone, and Timmons Families)

FISHstory (rhymes with “history”) uses the power of the crowd to analyze historic fishing photos from Daytona Beach, Florida, in the 1940s to 1970s. Photos for the pilot project are from Hudson’s archive of his family’s fishing fleet. Volunteers learn to count and identify fish in these photos through the crowdsourcing platform, Zooniverse. FISHstory is completely online and open to volunteers of all levels. Each photo is analyzed by multiple volunteers, and if there is disagreement on fish identifications and counts within a photo, it’s sent to a team of experts for a final review. FISHstory also has simple tutorials and a specialized field guide to lead volunteers through the fish ID process.

“In my mind, FISHstory is a dream come true — using historic photos which illustrate the past to benefit future science. It makes many of us in the industry proud,” Hudson says. “Plus, we know there are other historic pictures from other boats and areas that can be equally as useful.”

Since launching in May 2020, the FISHstory team has been blown away by the response to the project. So far, over 1,400 volunteers have joined FISHstory, making over 25,000 classifications. There are still hundreds of photos to analyze, and if the project proves successful, the team hopes to expand it to collect photos from other fishermen and stakeholders across the South Atlantic.