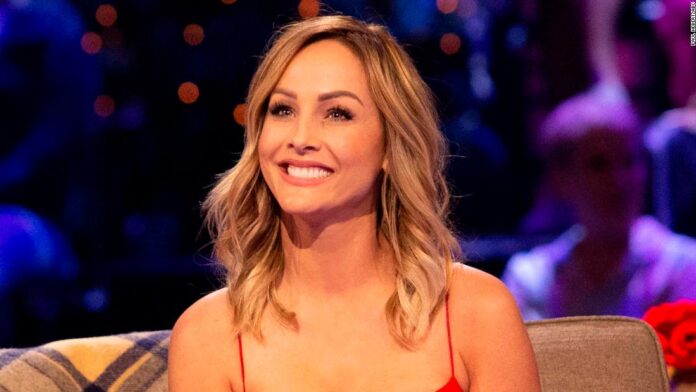 But any drama around production in the time of Covid-19 is taking a back seat to another controversy in the early episodes of Season 16.
Clare Crawley, familiar to Bachelor Nation from her appearances in past seasons, most notably on Juan Pablo’s season of “The Bachelor” in 2014, was chosen to be the “Bachelorette.” She turned 39 before filming started in July, making her the oldest “Bachelorette” in the franchise’s history. Producers skillfully use this as both Crawley’s distinguishing characteristic, and, apparently, her biggest flaw.
Her age is highlighted multiple times in a three-minute trailer promoting the season; at one point, an angry contestant is seen storming off shouting, “I expected way more from the oldest Bachelorette.” At another, Crawley is seen in tears yelling, “Sick, sick! I don’t care what I’ve done, to sit there are say ‘You’re the oldest Bachelorette that’s 39 that’s standing here that’s single,’ it’s because I didn’t settle for men like that.”
Yet another contestant is heard saying in a voiceover, “She’s 39 years old, she’s not the type of person to play games.”
ABC leaned into her older-woman status heavily when announcing the premiere date earlier this summer with an ad featuring Crawley on a poster in a not-so-subtle nod to “The Graduate,” in which a middle-aged woman famously seduces a recent college graduate.
The group of suitors chosen for Crawley range in age from 26 to 40, with most of them in their early to mid 30s — not exactly a set-up for a “shocking” May-September romance. Up until Crawley’s season, the average age of the “Bachelorette” was 27. The show has featured a woman in her 30s as the lead just twice.
“I feel like a lot of people put [the age] out there as this negative thing, but for me, it just is more years under my belt, more learning and knowing what I want, what I don’t want and what I won’t settle for,” Crawley said on “Good Morning America” before the season.
Melissa Silverstein, the founder and publisher of Women and Hollywood and the co-founder of the Athena Film Festival, said the show should better reflect that a search for companionship doesn’t have to end before the clock strikes 40.
“It’s a shame that people are focusing on her age of 39 as a negative, when it is actually a positive,” Silverstein told CNN. “Age is a superpower for women. We become more comfortable with ourselves and our knowledge and don’t tolerate the same crap we did when we were younger. Romance and sexuality aren’t just for the young.”
She added that our cultural bias toward youth tends to drive what audiences see.
“It’s the youth obsessed society that has a problem with women’s ages,” Silverstein said, adding, “Hollywood is starting to change a little and hopefully the rest of the world will too.”
Bachelor Nation may take a little longer.

Lady Gaga and Oreo team up to ‘spread musical messages of...