Home Sport Evans through to last eight in Antwerp 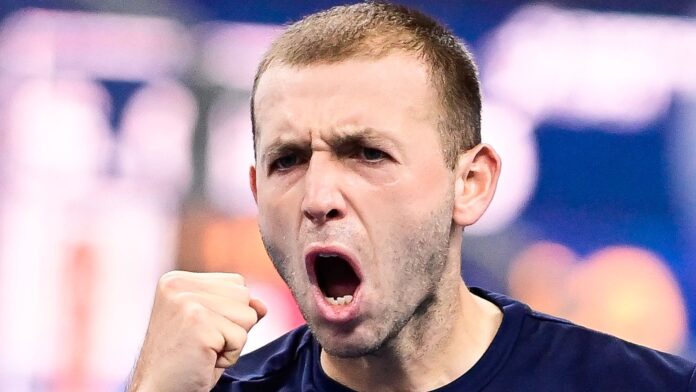 British No 1 Dan Evans has continued his good run at the European Open in Antwerp by making it through to the quarter-finals.

Evans, who ended a five-match losing streak with victory over Italian qualifier Salvatore Caruso in the opening round, beat American Frances Tiafoe in straight sets.

The 30-year-old, who announced his forthcoming split from coach Mark Hilton on Tuesday, edged a tight first set on a tie-break but raced away with the second, winning the last four games for a 7-6 (7-3) 6-2 victory.

There was disappointment for Britain in the doubles, however, as Jamie Murray and Neal Skupski were beaten 6-4 6-4 by Rohan Bopanna and Matwe Middelkoop.

In other news, former Wimbledon semi-finalist Julia Goerges announced her retirement from tennis at the age of 31.

Goerges wrote that she was “ready to say goodbye” after a 15-year pro career.

“I always knew how I would feel when it is time to say goodbye to you, and that moment has arrived. I am ready to close the tennis chapter of my life and open a new one, which I am really excited about,” said the German.

Rafael Nadal: The King of Slams

Rafael Nadal is not only the King of Clay but the King of Slams after equalling Roger Federer’s major haul at Roland Garros.

Goerges reached the Wimbledon semi-finals in 2018 before losing in straight sets to Serena Williams. She was runner-up in mixed doubles at the French Open in 2014 alongside Nenad Zimonjic and was a finalist in the Fed Cup with Germany in 2014.