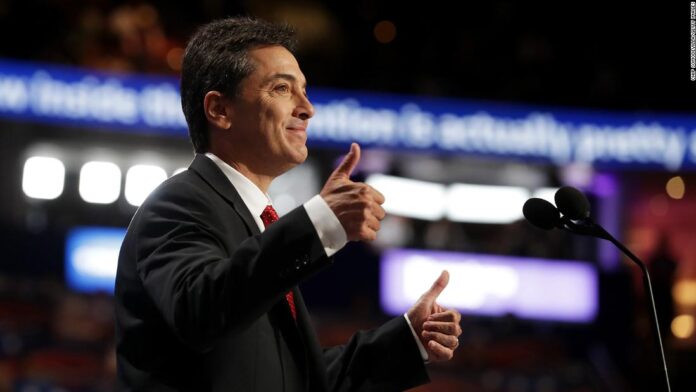 Ron Howard, Henry Winkler, Don Most, Anson Williams and Marion Ross are reportedly set to reunite to raise money for the Wisconsin Democratic Party.
The popular “Happy Days” series, which ran from 1974 to 1984, was set in Milwaukee and made Baio a teenage heartthrob for his role as Chachi Arcola.
Baio, who supports President Donald Trump, told Fox Business Wednesday that he is not a fan of the reunion.
“To take a show like ‘Happy Days’ that represented traditional American values, good morals, a slice of Americana and to use that show and those ideals to promote two people in Joe Biden and Kamala Harris that condone, encourage and foment rioting and looting is a little bizarre to me,” he said.
(Biden has condemned violence and destruction during protests.)
Earlier, Baio had tweeted about a report that “Full House” star John Stamos had offered to sub for him during the reunion and Baio expounded on that during his interview.
“I think Stamos always wanted to be Chachi instead of playing second fiddle to a 3-year-old,” Baio said, referencing Stamos playing Uncle Jesse opposite child stars Mary-Kate and Ashley Olsen on “Full House.”
Baio doubled down on not participating.
“I’m not on board, obviously, because I don’t believe in socialism and Marxists,” he said. “And it’s good to know that Stamos is part of the Hollywood elite Marxist crowd.”
CNN has reached out to Stamos for comment.